Amid fears that global oil prices will increase with political upheaval in the Middle East and rising US demand, observers argue that economic balances in energy-dependent countries like Turkey may well deteriorate. 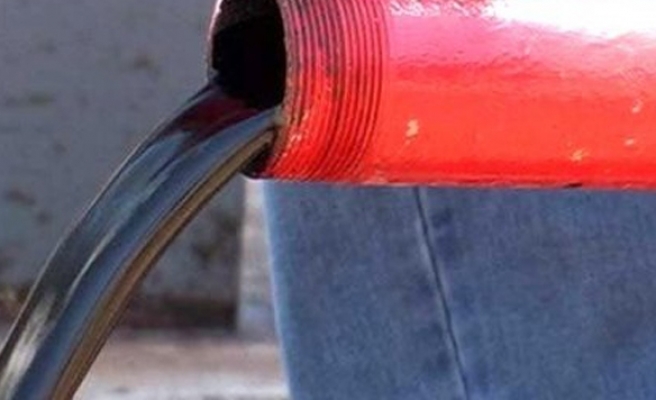 Amid fears that global oil prices will increase in the face of political upheaval in the Middle East and rising demand in the US, observers argue that economic balances in such energy-dependent countries as Turkey may well deteriorate.

The current account deficit (CAD) -- a chronic problem for Turkey -- is mainly due to energy imports, which constitute a major part of Turkey's total imports.

On the day that President Mohammed Morsi was ousted, oil prices rose from $103 to $106. Brent oil, which was $102 at the end of June, was over $107 at the opening of markets on Friday. According to the Central Bank of Turkey, the CAD was $48.9 billion in 2012. Latest data indicated that the CAD was $32 billion in the first five months of the year. Economy Minister Zafer Çağlayan said in a written statement on Thursday that the CAD is expected to be around $60 billion by yearend; however, the recent increase in oil prices could see this figure go even higher.

Economist Süleyman Yaşar recalls that the International Monetary Fund (IMF) cut the 2013 global growth forecast to 3.1 percent from 3.3 percent, adding, ‘'I expect a narrowing in energy demand in line with the figures that the IMF projected for 2013. … This could mean a decrease in Turkey's CAD.”

Çağlayan noted on Thursday that Turkey must be patient in terms of the CAD, indicating that the deficit would decrease in the long term. ‘'The deficit in 2013 will be higher than in 2012. The CAD usually is higher in April and May; however, it doesn't mean a trend change as an increase in imports had a significant effect on the rise of the CAD,'' said Çağlayan.

Observers assume rising oil prices could also harm growth and account balances for Turkey, which meets almost all of its energy needs from foreign crude oil sources. The ruling Justice and Development Party (AK Party) expects 4 percent growth in the economy in 2013. Since it must import almost all of its energy needs, Turkey's current account balance is highly sensitive to changes in energy prices. The country's dependence on foreign energy continues to increase in parallel with its fast economic growth.

Another critical concern is that rising oil prices will also drive up natural gas prices in Turkey. This would directly increase electricity production costs, putting a burden on the country's manufacturing industry.

‘'Rising oil prices negatively affect gas prices,'' says Seyfettin Gürsel, director of the Center for Economic and Social Research (BETAM) at Bahçeşehir University, adding that Egypt is going through a critical period, yet not a civil war; thus, markets may have to wait and see if the rising prices will have an instant effect on economies.

International Energy Agency chief economist Fatih Birol recently said on a TV program that if current prices remain the same, Turkey's energy import bill might rise over 20 percent compared to the previous year. ‘'It would be surprising to see a decrease in oil prices during the coming period. Turkey's energy imports cost $55 billion in 2011. With the recent prices of oil, the energy bill would jump over 20 percent,'' warned Birol.