Hollande: We must create a 'green economy'

Hollande calls on companies and investors to join in 'fighting climate change'. 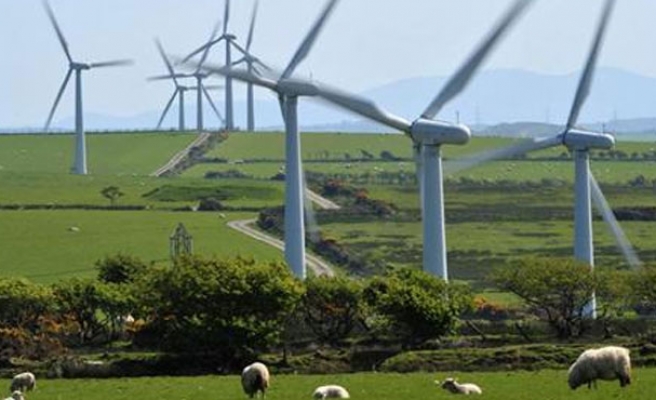 French President Francois Hollande has called for the creation of a "green economy", which would include participation from private companies as well as support from governments.

Speaking at the World Economic Forum in the Swiss resort of Davos on Friday, Hollande warned that fighting global warming would be expensive, and called on businesses to share the cost.

Hollande said: "We need to find €90 billion ($101 billion) to create a Green Fund that will ensure global temperatures only rise by two degrees this decade.

"At the Paris conference on climate change later this year, we will forge an agreement between governments and business that will lead to the creation of a new economy of transition, based on energy projects."

'Challenge of the century'

One issue which must be resolved, Hollande said, was the establishment of a predictable carbon price so organizations could plan ahead.

Climate change was "the challenge of the century," Hollande insisted, and it was vital that "December’s Climate conference in Paris delivers an agreement to unite policies in working to control climate change".

He added: "We’re heading into a post-carbon world where we cannot keep relying on fossil fuels, which were the energy sources of the 20th century.

"It is time to create and support a transition energy economy."

But his comments are likely to enrage critics of some "green" policies who claim corporations are mounting "greenwashing" campaigns amid legitimate concerns over the environment in a bid to prevent ordinary citizens being self-sufficient in growing food, to allow them to monopolize food production and agriculture.

Critics also argue that such policies take tax-payers' money away from social investments such as health, education and pensions merely to boost corporate profits.

Hollande thanked world leaders and all those who showed solidarity with France in the recent demonstrations following the attacks on the Paris offices of the satirical magazine Charlie Hebdo, in which 12 people were killed, and the deaths of five people in an attack on a kosher supermarket in the French capital.

"It is time for governments around the world to take action against these threats."

Holande called on the financial system to ensure that the sources of terrorist funding are dried up by taking action against tax evasion and money-laundering.

Hollande pointed out  that France spends more on research and development than most other countries and has more start-ups than any other country.

He said: "Further measures to remove bureaucratic obstacles to new companies will be taken.

"There will be less red tape, and further support for entrepreneurs."

Hollande said spending on professional training would be increased, particularly for the unemployed.

"There will be increased flexibility for the labor market, and sectors which have not yet been opened to competition will see action," Hollande said.

Actions will also be taken to support investment abroad by French companies, and to increase exports.

"There is no security without economic prosperity," Hollande said.