Russia's vehicles market is expected to double sales to about 4 million units a year by mid-decade. 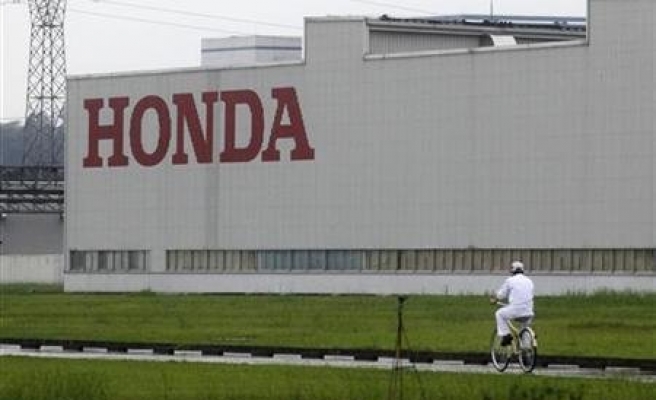 Honda Motor <7267.T> plans to set up its first assembly plant in Russia, the Nikkei business daily reported on Sunday, as Japan's No.3 automaker looks to lift its competitiveness in the fast-growing auto market.

The company is looking to invest several billion yen (tens of millions of dollars) to produce 30,000 to 50,000 cars annually, the Nikkei said, adding Honda has submitted the plans to the Russian government and had started talks with officials.

Honda is consulting officials on the location of the assembly plant, which will use components imported from its global facilities, and the Russian Far East is seen as one candidate, the Nikkei said.

A Honda spokesman declined to comment on the report.

General Motors , Renault , and a host of other top players have already announced plans to ramp up production in Russia in exchange for lower import tariffs for parts.

Honda, which sold about 18,000 cars in Russia last year, has been selling its cars with tariffs of about 50 percent, making them more expensive than automobiles produced by rivals locally.

Russia's vehicles market is expected to double sales to about 4 million units a year by mid-decade.