On August 18, the U.S. tech giant stunned Wall Street by saying it was considering a spinoff of the world's largest PC business, killing off webOS devices such as the TouchPad. 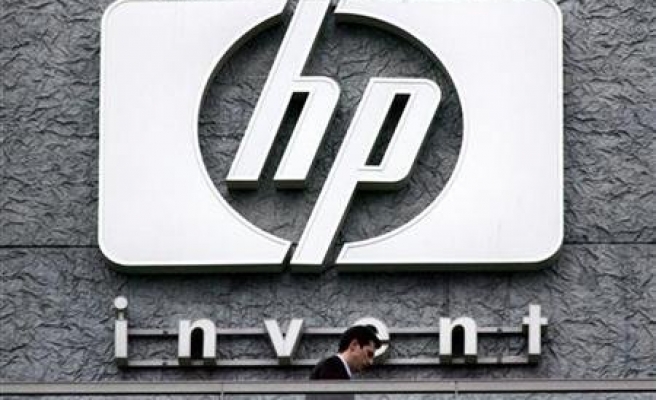 Hewlett-Packard Co and top executives misled investors for months before unveiling a series of major decisions, such as the demise of the TouchPad, that hammered its shares, a shareholder alleged in a proposed class-action lawsuit filed this week.

Shareholder Richard Gammel accuses the world's largest technology company of concealing the fact that its existing business model was not working and that webOS -- the operating software it inherited after buying Palm -- was no longer central to its business model.

On August 18, the U.S. tech giant stunned Wall Street by saying it was considering a spinoff of the world's largest PC business, killing off webOS devices such as the TouchPad, and buying British software company Autonomy Corp for $12 billion.

Shares of the company plunged 20 percent the following day, marking their biggest single-day drop since the Black Monday stock market collapse of 1987.

The lawsuit, filed this week in U.S. District Court by Robbins Geller Rudman & Down, accuses HP executives including CEO Leo Apotheker and CFO Cathie Lesjak of misleading investors by making positive statements about the company's performance that later proved unfounded.

The lawsuit seeks to recover unspecified damages on behalf of any who bought into HP between November 22, 2010, and Aug 18 of this year, arguing that the lack of disclosure about potential issues means its shares were artificially inflated.

Lawsuits by shareholders seeking class-action status are common after major declines in stock prices. Investor ire against Apotheker has grown after a series of disappointments in quarterly results, capped by the August announcements. Some also say HP is overpaying for Autonomy.