The files showed HSBC's Swiss bank routinely allowed clients to withdraw "bricks" of cash, often in foreign currencies which were of little use in Switzerland 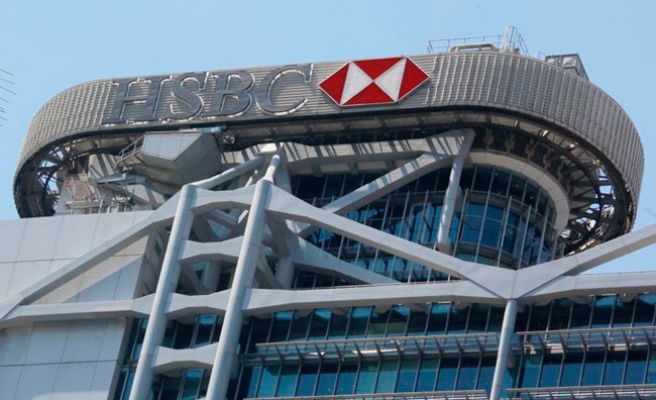 HSBC Holdings Plc faces investigation by U.S. authorities and an inquiry by British lawmakers after admitting failings by its Swiss private bank that may have allowed some customers to dodge taxes.

U.S. authorities are also probing whether HSBC manipulated currency rates, and a U.S. law enforcement official said on Monday the investigations could prompt the Department of Justice to revisit a 2012 deferred prosecution agreement with the bank.

The agreement was part of a $1.9 billion settlement that allowed HSBC to avoid criminal charges after it was found to have helped move hundreds of millions of dollars in illicit drug money through the U.S. financial system.

"It is quite possible that the (agreement) may be reopened as a result of the bank's activities on either or both the tax evasion and foreign exchange manipulation front," said the U.S. law enforcement official, who requested anonymity because the investigations are ongoing.

British lawmakers said they plan to open an inquiry into the bank after it came under fire for its past practices inSwitzerland.

HSBC shares fell 2 percent by 0845 GMT on Tuesday, underperforming the European bank index. They fell 1.6 percent on Monday after media reports about the activities of its Swiss operation based on client data from 2006-07.

A spokesman for HSBC declined further comment on Tuesday after the bank issued a statement late on Sunday in response to the media reports.

The International Consortium of Investigative Journalists (ICIJ), which coordinated the release of details of leaked client data, said a list of people who held HSBC accounts in Switzerland included soccer and tennis players, rock stars and Hollywood actors.

Reuters could not independently verify any of the names listed by the ICIJ. Having a Swiss bank account is not illegal and many are held for legitimate purposes.

Uruguayan soccer player Diego Forlan, who was also on the list, on Monday denied evading taxes by hiding money in Swiss accounts with HSBC.

"We acknowledge and are accountable for past compliance and control failures," HSBC said after news outlets published the allegations about its Swiss private bank.

The Guardian and other media cited documents obtained by the ICIJ via French newspaper Le Monde.

HSBC said that its Swiss arm had not been fully integrated into HSBC after its purchase in 1999, allowing "significantly lower" standards of compliance and due diligence to persist.

The Guardian asserted that the files showed HSBC's Swiss bank routinely allowed clients to withdraw "bricks" of cash, often in foreign currencies which were of little use in Switzerland.

HSBC also marketed schemes which were likely to enable wealthy clients to avoid European taxes and colluded with some to conceal undeclared accounts from domestic tax authorities, the Guardian said.

The reports began a political debate in Britain ahead of a parliamentary election in May, with Margaret Hodge, a senior opposition Labour Party lawmaker, saying tax authorities had done too little to collect tax money.

HSBC's admission of failing has renewed scrutiny on Stephen Green, who was executive chairman between 2006 and 2010. Green was later made a member of Britain's upper house of parliament and served as minister for trade and investment between 2011 and 2013.

The HSBC client data were supplied by Herve Falciani, a former IT employee of HSBC's Swiss private bank, HSBC said. HSBC said Falciani downloaded details of accounts and clients at the end of 2006 and early 2007. French authorities have obtained data on thousands of the customers and shared them with tax authorities elsewhere, including Argentina.

Switzerland has charged Falciani with industrial espionage and breaching the country's secrecy laws. Falciani could not be reached for comment but has previously told Reuters he is a whistleblower trying to help governments track down citizens who used Swiss accounts to evade tax.

HSBC said the Swiss private banking industry, long known for its secrecy, operated differently in the past and this may have resulted in HSBC having had "a number of clients that may not have been fully compliant with their applicable tax obligations."

Its private bank, especially its Swiss arm, had undergone "a radical transformation" in recent years, it said in a detailed four-page statement.