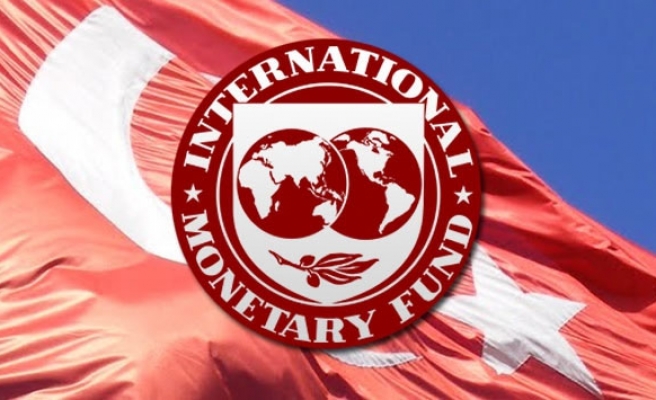 An International Monetary Fund (IMF) report published recently called on Turkey to tighten its fiscal and monetary policies further while saying that raising domestic savings still remains a challenge for the economy. According to the report prepared by an IMF team that visited Turkey from Sept. 18-30 for its annual economic evaluation as part of regular consultations, Turkey has achieved a reduction in imbalances while maintaining positive growth, which is accelerating and encouraging domestic demand. However, it added that “with the imbalances still high and the global financial environment less forgiving, reducing these vulnerabilities should be the overreaching focus of short and medium-term policies.”

The report highlighted that monetary policy needs to be tightened further to meet the inflation target and “provide an adequate nominal anchor. Fiscal policy should also be tightened in order to increase the structural primary surplus in 2014.” Also the team noted that the main challenges for Turkey remain raising domestic savings and pressing ahead with structural reforms in the medium term. “Both would serve to increase the long-term growth potential of the economy, while maintaining a sustainable external position.”

The IMF said Turkey's current account deficit should widen to 7 percent of its gross domestic product this year and stay that way in 2014, in part due to more gold imports. And inflation should remain above the target of 5 percent this year and next, exacerbated by the depreciation in Turkey's lira.

Turkey has been among the most high-profile victims of the shift in global capital prompted by signals the Federal Reserve would rein in its ultra-easy monetary policy. The lira gained sharply when the US central bank surprised markets in September by holding fire on an actual cut in bond-buying.

Turkey's central bank governor, Erdem Başçı, said last week the lira's fall had worsened the outlook for inflation. He said the bank would implement additional monetary tightening in its complex money market operations if there were risks of price growth getting out of control. He said the lira, which hit its weakest level ever against the dollar on September 5, was unjustifiably weak, and said inflation would be higher than the bank's previous forecast - an argument for more action.

The Fed's decision to hold off on tapering gave Başçı some breathing space but economists are skeptical of whether the lira's 15 percent fall since February is at an end given the pressure of global flows and Turkey's huge current account deficit. The IMF said tighter fiscal and monetary policy should reduce external financing requirements and inflation, which would decrease the likelihood of further capital outflows. It also said Turkey should avoid selling its foreign exchange reserves as a substitute for monetary policy, and use the reserves only to address excessive volatility.

Turkey's central bank has sold more than $9 billion of its roughly $50 billion in readily available foreign currency reserves in the past three months, raising questions about its ability to resist another bout of currency volatility.

The IMF said Turkey's high domestic demand should lead to growth of 3.8 percent this year and 3.5 percent next year, assuming current macroeconomic policies stay in place. But growth driven mostly by demand is worsening the country's current account deficit and inflation, the IMF said. The Fund urged Turkey to raise domestic savings and improve its business climate over the medium term to increase growth.