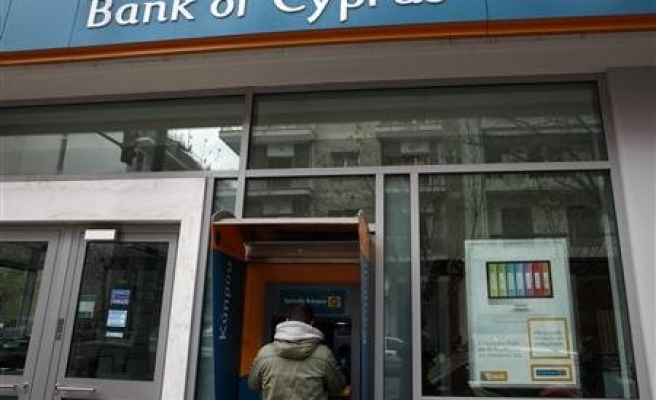 Greek Cyprus's international lenders began reviewing how the island is meeting the conditions of it 10 billion euro bailout on Wednesday, looking to see whether it should get the next tranche of aid.

The appraisal is the first since Greek Cyprus secured a deal with the International Monetary Fund, the European Commission and the European Central Bank in March, pulling the cash-starved country away from the brink of financial meltdown.

It dealt a harsh blow to thousands who lost their savings in two major Greek Cypriot banks, however.

Nicosia received a first tranche of aid in June worth 3 billion euros and euro zone finance ministers will decide on whether to issue the next tranche in mid-September, the size of which is yet to be determined.

Greek Cyprus had to wind down one lender, Laiki Bank, and use customer deposits exceeding 100,000 euros to prop up another, Bank of Cyprus, as part of the bailout agreement.

One area of focus for the so-called troika of lenders during the two-week review will be why the central bank has yet to finalise how much equity Bank of Cyprus shareholders will receive in exchange for giving up their deposits, a process known as a bail-in.

Finance Ministry officials are keen to see the resolution settled, worried that the uncertainty it is causing is preventing an easing of capital controls, introduced to prevent a cash flight after the bailout was agreed in March.

An independent audit of Bank of Cyprus assets is under way, which would define precisely how much of depositors' cash would be seized.

The island has promised its lenders that it would consider the option of selling some of its gold reserves to help pay down its debt but Georgiades said on Tuesday that that was only one option under consideration.

Under the bailout, Greek Cyprus has agreed to cut its budget deficit to 2.4 percent of GDP in 2016, from an estimated 5.9 percent this year.

Although foreign banks on the island were exempt from most restrictions imposed under the bailout, customers at banks in Greek Cyprus are limited to withdrawals of up to 300 euros a day, cheques cannot be cashed and bank transfers are vetted.

Those restrictions are adding to an acute credit crunch caused by financial institutions which are jittery about their balance sheets in a rapidly deteriorating economy and have put the brakes on lending, economists say.

"Banks aren't lending," said economist Yiannis Tirkides, who did not wish to disclose the name of his company. "A lot has to do with expectations, and that contributes to the uncertainty," he said.