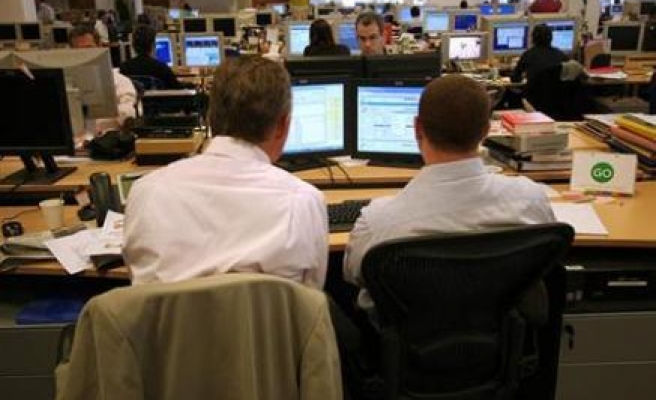 Moroccan-born comedian Gad Elmaleh and Belgian singer Stromae are virtually unknown to the British public. But in London they play to sell-out crowds at top venues - one sign of how rising immigration is changing Britain's population and economy.

For Clementine Bunel, a French concert promoter who moved to London to tap into its young and fast-growing international market, it's also a demonstration of how the borders between Britain and the rest of the world are blurring.

"For some artists, London is like playing the big cities in France," she said.

The surge in workers attracted to Britain's growing economy brings advantages beyond just box office receipts: It gives financial breathing space lacking in other European countries which are all confronting the cost of ageing populations.

Unlike Germany, where the population looks set to start shrinking in the next few years, the number of people living in Britain is likely to rise over the coming decades, helped also by immigrants' higher birth rates once they arrive.

In 2080, Britain's population looks set to pass 85 million against about 64 million in 2013, the EU's statistics office Eurostat estimates.

That population growth will help Britain overtake Germany as Europe's biggest economy as soon as 2030, according to the Centre for Economics and Business Research, a forecasting firm.

It also means that the ratio of people aged 65 or over to those aged 15-64 will rise more slowly than in Germany, France, Spain, Italy and Poland in the coming decades, helping it cope with the cost of caring for the elderly.

And yet, what's good for the economy's long-term prospects is proving a hard sell to voters, worn down by years of austerity budgets and worried about the strain that the surge in immigration has put on public services and housing.

The response of politicians, facing national elections in May, is raising questions about the future pace of migration.

The opposition Labour party is promising similar welfare curbs, more border controls and laws to prevent recruitment firms from offering jobs only to workers from abroad.

But the UK Independence Party is likely to take votes from both parties with its message that Britain cannot cope with low-wage migrants and the only solution is to leave the European Union, with its rules on the free movement of workers.

"I am very worried about the tone of the debate that we have seen, and its trend," said Erik Nielsen, global chief economist with UniCredit in London.

Cameron's idea to cap immigration is a stark contrast to the way Germany's Angela Merkel explained the economic benefits of migration to voters, he said.

If net migration in Britain fell to Cameron's target of below 100,000 a year - far lower than the 260,000 recorded in the year to June - and stayed at that level, the economy would be 11 percent smaller by 2060 than if inflows held at around 200,000, according to the National Institute of Economic and Social Research, a leading think tank.

SHOT IN THE FOOT?

Slower immigration may also make it harder for Britain to keep its budget under control. It would not have much impact on finance minister George Osborne's aim of eliminating Britain's budget deficit before 2020. But longer-term, having fewer migrants in the country will hurt.

The Office for Budget Responsibility has begun to calculate the impact of net migration falling to an annual 90,000, a figure in line with the government's target.

Its projections show the primary budget deficit - which excludes debt costs - would be 0.2 percentage points of GDP higher a year and net debt would be 6 percent of GDP bigger by 2063-64 than under its baseline scenario of net migration falling to 105,000, the OBR estimates.

"These numbers may seem marginal but they aren't," said Marko Mrsnik, a director of sovereign ratings at Standard & Poor's. "They certainly would make deficit reduction somewhat slower."

Of course, immigration is only one element of the campaign to meet the long-term costs of an ageing population.

"It's a very frequent question in Europe - to what extent can we open the borders to let this population rejuvenate Europe," Mrsnik said. "So far the conclusion is that the number of migrants would not be sufficient. The population ageing shift is simply overwhelming."

So Britain, along with other big EU economies, is looking at ways to keep older people in work. It is also steadily raising the age at which people can claim a state pension - possibly to as high as 70 over the next 50 years, according to Britain's budget forecasters.

In the meantime however, with demands on public coffers set to grow, some worry that Britain's political leaders are sending the wrong signal to would-be migrants.

"They do risk shooting themselves in the foot," said Nielsen, UniCredit's chief economist. "All the studies show that the effect (of immigration) on growth and on the fiscal side has been significantly positive. I don't see why this will change."