India moves to third in the world in terms of its purchasing power parity dislodging Japan. 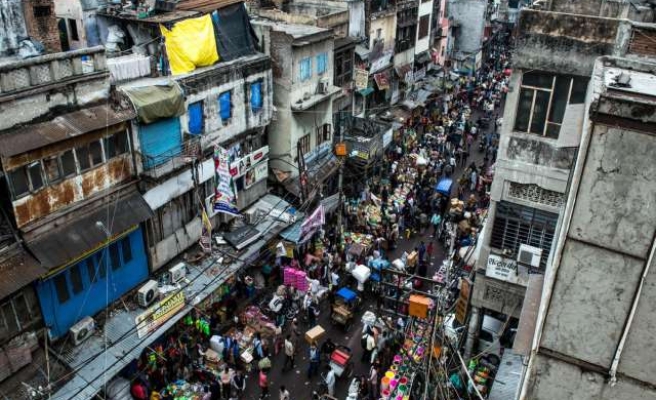 India has emerged as the world’s third largest economy, in terms of Purchasing Power Parity (PPP), just behind the U.S. and China, according to a report from the World Bank.

The report surveyed 199 economies in the most comprehensive attempt to date to measure the Purchasing Power parities, the price comparisons that show the ratio of prices in national currencies of the same goods or services in different economies, across the countries.

According to data from the World Bank International Comparison Program India has dislodged Japan to take third place as of 2011, having been ranked tenth in the bank's 2005 survey.

India, even though it has seen sharp price rises in recent years, has lower prices than many of the world's more advanced economies. It is these price hikes that have been a key issue in the country's national elections and the incumbent ruling Congress party has been subjected to severe criticism by its opposition, including the Hindu nationalist Bharatiya Janata Party.

India said on Thursday it would hold trade talks on intellectual property rights with the United States after its general election, buying time to address friction over drug patents until a new government is formed.

Commerce Secretary Rajeev Kher praised a decision by the U.S. Trade Representative not to label India with its worst offender tag in an annual scorecard on protecting U.S. patents, copyrights and other intellectual property.

"It is a very sensible decision," Kher, India's chief trade negotiator, told Reuters, saying India was committed to protecting copyrights and reining in piracy. "They know very well that India is in transition."

But he defended India's right to overrule patents in special cases - a bone of contention between the U.S. drugs industry and New Delhi, which wants its 1.2 billion people to have access to affordable medicines.

India and the United States set great store by the economic potential of bilateral ties, but their relationship has been troubled by diplomatic and trade battles.

Their $100 billion annual trade is seen as below its potential. Washington says it should be five times that.

In 2012, India issued its first-ever "compulsory licence" to domestic drugmaker Natco Pharma Ltd on a kidney and liver cancer drug, Nexavar, patented by Germany's Bayer AG - allowing a generic version to be made before the patent expired.

Compulsory licensing is compliant with the rules of the World Trade Organization and the deal on Trade Related Aspects of Intellectual Property Rights (TRIPS), Kher said, emphasizing that such licences would be the exception and not the rule.

"That should not be construed to mean that India would be taking compulsory licence as a routine manner of importing technology into the country," Kher told a news conference.

"This can be done through a process of constructive dialogue, not by holding a gun to the head." With Indian markets on holiday, there was no price reaction by drugs stocks.

The United States on Wednesday kept India on its Priority Watch List along with China and eight other countries. It said it would start a special review of India in the fall and address concerns with the next government.

Kher said he would meet his U.S. counterpart in June or July, with a bilateral meeting between the two governments to follow. Top bureaucrats such as Kher are not political appointments and usually remain during changes of government.

India is in the middle of a five-week general election in which the ruling Congress party-led government is likely to suffer a severe defeat at the hands of the Hindu nationalist Bharatiya Janata Party (BJP). Results are due on May 16.

The BJP's candidate, Narendra Modi, was shunned by the United States for years after a deadly spasm of religious violence in Gujarat in 2002, early in his term as chief minister of the state. Washington revoked Modi's U.S. visa in 2005 and only recently signalled he would be welcome to visit if elected.

It is not yet known what the BJP's stance will be on global trade issues.

"The party is very clear that India's interests will be protected with rigour," said BJP spokesman M.J. Akbar, but added that precise policies could only be decided after the election.

Like other emerging markets, India is battling to contain healthcare costs and boost access to drugs to treat diseases such as cancer, HIV/AIDS and hepatitis.

But they have been frustrated by a series of decisions on patents and pricing, part of New Delhi's push to increase access to treatments in a country where only 15 percent of people have health insurance.

Some U.S. lawmakers and lobbyists say the approach sets a precedent against intellectual property rights and want sanctions on India to deter others from following its example.

The USTR said India's limits on the approval of pharmaceutical patents, a convoluted process for patent challenges and the fact that the government was considering opening a series of patented drugs to generic manufacturers created "serious challenges" for some innovators.

But advocates for health rights say India is not breaking any rules and see the country as a global leader in providing life saving medication to the poor.