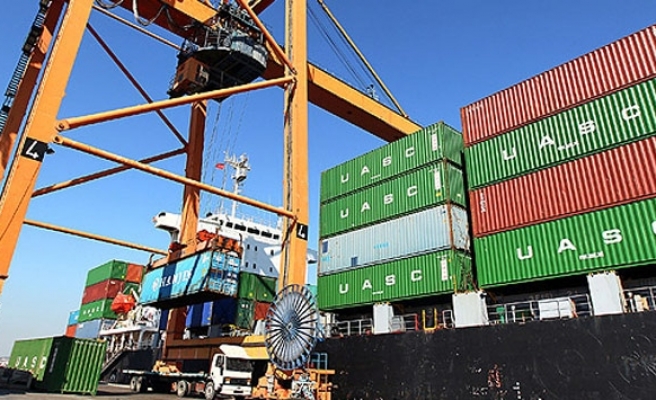 India's trade minister on Tuesday accused the United States of excessive trade protectionism, launching a broadside that coincided with the visit of a top U.S. official to patch up a stormy bilateral friendship.

Trade friction between the two countries has increased ahead of a general election in India, amid lingering tension over the recent arrest and strip search of a female diplomat in New York suspected of visa fraud.

The ruling Congress party government of Prime Minister Manmohan Singh does not want to be seen as bowing to U.S. pressure on trade issues ranging from the quality of Indian drug exports to software piracy. [IN:nL3N0LV098]

"There are issues which India has raised where we feel there is very high and unacceptable protectionism," Trade Minister Anand Sharma told reporters, adding that Washington made it too hard for Indian nationals to obtain U.S. visas.

He also said that India's patent law was compliant with the rules of the World Trade Organisation (WTO), while India would not agree to tougher rules to protect intellectual property.

India is furious about a decision by the Office of the United States Trade Representative to drag it before the WTO over the subsidies and local content rules it has set to promote solar power generation.

Trade Ministry officials say India's rules on local sourcing were fully compatible with the WTO, and they argue that 16 U.S. states have similar local sourcing provisions.

Indian analysts say the Obama administration appears to be seeking trade advantages from a weak government as part of its wider drive to export away the U.S. trade deficit, which despite narrowing last year still totaled $470 billion.

"The U.S. seems to be looking at exports to India, China and other emerging markets to support its economic growth," said N.R. Bhanumurthy, an economist at the National Institute of Public Finance and Policy, a Delhi-based think-tank.

"These frictions are likely to continue until a global recovery eases the pressure." The U.S. embassy was not available for comment outside office hours.

Sharma's prickly comments on U.S. trade reflected concern about the sluggish pace of India's own exports, which he forecast would grow by 4-5 percent in the current fiscal year to the end of March.

India curbed imports of gold last year to narrow a worrying current account deficit, but with external pressures easing, Sharma suggested the curbs should be eased to discourage gold smuggling.

India has made clear it would prefer to see bilateral disputes reviewed under the auspices of the WTO, the global trade rules body, which is adjudicating on more than a dozen cases between the two countries.

U.S. Assistant Secretary of State Nisha Desai Biswal was due to visit India on a trip starting on Tuesday. The trip, originally planned for December, was called off at the height of the row over the arrest of Indian envoy Devyani Khobragade.

Playing down the visit, Sharma said Biswal could meet Trade Ministry officials. Earlier, the government had instructed its officials not to entertain any request from the United States International Trade Commission (USITC) - a quasi-judicial federal agency - to examine its trade practices.

Referring to intellectual property, Sharma said India was adhering to the Agreement on Trade Related Aspects of Intellectual Property Rights (TRIPS), which is administered by the WTO.

India opposes any stricter agreements, known in the trade jargon as 'TRIPS-plus', that would assure greater patent protection for proprietary medications, potentially dealing a blow to its own generic drugmakers and making it harder for its citizens to get access to affordable medicines.

"India has protected its commitment to the TRIPS agreement. But what is being asked of India is TRIPS plus," Sharma told reporters. "TRIPS plus, India has made it clear, India will never accept."

U.S. Energy Secretary Ernest Moniz is also due to travel to India next week. His visit was also postponed because of the diplomatic row.