India may seek other suppliers if U.S. will not sell drones

Senator Mark Warner of Virginia said he was concerned that other countries could rush in to sell India the equipment it desires if the United States drags its feet. 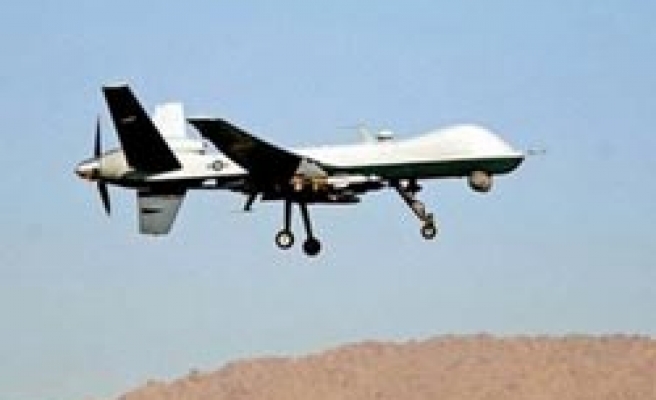 India may buy unmanned aerial vehicles, or drones, from other countries if the United States does not ease current export restrictions on such aircraft, a key Democratic senator said on Friday.

Senator Mark Warner of Virginia, who will join President Barack Obama during a trip to India on Jan. 26, said he was concerned that other countries could rush in to sell India the equipment it desires if the United States drags its feet.

"This is going to be a space ... where other countries are moving very quickly too," he told an event hosted by the nonprofit Atlantic Council. "If the Indians can't find a partner with the United States, they'll find one somewhere else."

U.S. aerospace and arms companies have been pressing the U.S. government for years to ease current tight restrictions on foreign sales of unmanned vehicles, arguing that other countries such as Israel are overtaking the United States in drone sales.

India, which is modernizing its military, is a big and growing market for U.S. weapons makers who are seeking foreign sales to help offset declines in U.S. defense spending.

Warner said he hoped that unmanned aircraft would be included as part of a broad U.S. push to expand defense ties with India but said he was not aware of any specific initiatives to be announced during Obama's visit.

U.S. and Indian officials are trying to work out pilot projects for joint production of drones and other weapons as part of the U.S.-India Defense Trade and Technology Initiative (DTTI), a source familiar with the effort said.

The U.S. government strictly controls foreign sales of larger UAVs but has approved sales of unarmed systems such as the Raven, which are used purely for surveillance to a range of countries, including Uzbekistan, according to a U.S. source.

Warner said he expected some announcements about joint defense projects during Obama's visit but said he had not been briefed on specific deals.

U.S. officials are weighing options as they seek to expand defense ties with India as Washington grows concerned about the extent of Pakistan's efforts to crack down on militants.