India were attempting to contain an oil spill off the coast of Mumbai after a collision between two cargo ships, with concerns rising that the slick may spread. 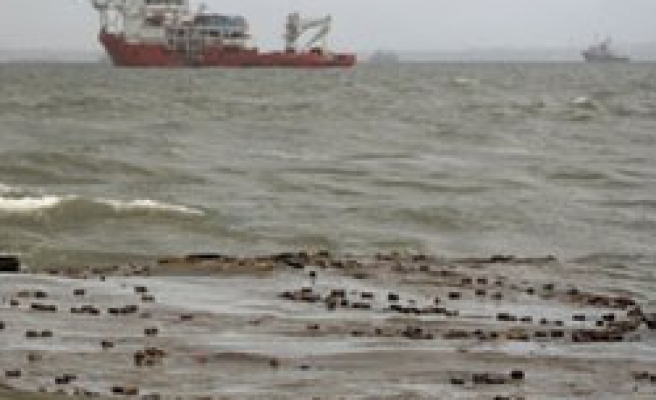 Teams from the Navy and the Coast Guard were attempting to contain an oil spill off the coast of Mumbai on Monday after a collision between two cargo ships, with concerns rising that the slick may spread.

Two Panamanian ships collided just off Mumbai's coast on the weekend and all crew members were rescued. One ship, which was carrying a cargo of diesel and lubricant oil capsized, triggering an oil slick that had spread to a distance of 2 nautical miles from the capsized ship, a navy official said.

"Aerial spraying of chemicals to contain the spill is going on. But oil is still leaking from the cargo and it is likely the slick will spread farther because of the tide and windy conditions," said Captain Manohar Nambiar.

Scores of containers flung overboard were making navigation difficult, he said, and efforts were underway to secure them.

The port, one of the busiest in the country, has suspended operations and fishermen have been advised not to venture out.