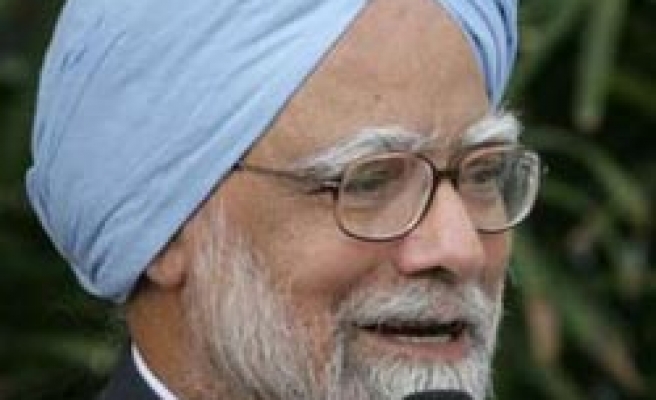 The main opposition Bharatiya Janata Party (BJP) persisted with its demand the speaker immediately allow a special discussion on spiralling inflation, with rowdy lawmakers rushing forward from their seats to press their cause.

The Congress-led coalition government has since the beginning of the year lurched from one crisis to another, belying widespread expectations its sound 2009 electoral victory would accelerate much-needed reforms in Asia's third largest economy.

Since it reconvened on Monday following a summer recess, parliament has on almost all days shut within minutes of opening, stalling the Congress-led government's plans to introduce tax reforms, expand welfare schemes and open up the $150 billion civil nuclear sector.

The Hindu nationalist BJP and the communist parties accuse Prime Minister Manmohan Singh's government of not doing enough to keep rising prices -- hurting hundreds of millions of poor Indians -- in check and have slammed a June decision to raise fuel prices.

While the opposition has been united since a massive strike on July 5 that shut down parts of India, on Thursday the communists did not join the BJP in petitioning the president over high prices, prompting some analysts to turn optimistic.

Speaker Meira Kumar is likely to rule on the opposition demand on Monday and she has said she is open to allowing a discussion that does not entail a vote against the government.

The government too has hinted it may be willing to entertain such a discussion, with Parliamentary Affairs Minister Pawan Kumar Bansal saying: "We are willing for any discussion."

Singh won a vote on confidence in April, but the vote exposed his government's vulnerability in parliament and cast some doubts its ability for reforms.

The Congress party wants to avoid a vote at all cost as some of its coalition allies may not back it for fear having to publicly defend rising fuel prices may hurt them in state elections next year.

India has over the past year had to shelve big-ticket reforms such as opening up the retail, pension and insurance sectors to greater foreign investments, hobbled by a socialist Congress old-guard and by reform-suspicious partners.