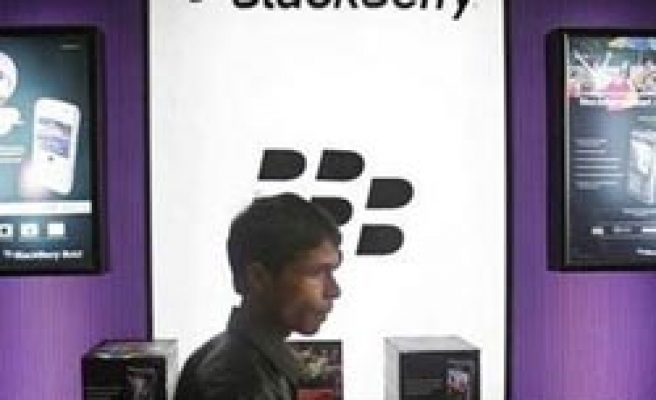 Research In Motion faces an Aug. 31 deadline to give Indian authorities the means to track and read BlackBerry Enterprise email and its separate BlackBerry Messenger service.

The government, concerned about the potential for militants to use the secure BlackBerry network to carry out attacks, has vowed to shut the services if RIM fails to comply, cutting it out of one of the world's fastest-growing telecoms market.

An RIM technical team in New Delhi has been working with the department of telecoms and security agencies to find a way out.

RIM uses powerful codes to scramble, or encrypt, email messages as they travel between a BlackBerry device and a computer known as a BlackBerry Enterprise Server (BES) that is designed to secure those emails.

Indian telecom officials said they had been told by RIM the only way an email could be intercepted is when it temporarily stores itself in an Enterprise server in a decrypted form while travelling between two BlackBerry devices.

Indian agencies are now checking if they have the technology to monitor emails when they get briefly stored in an Enterprise server.

It is not possible to unscramble emails at any other stage. RIM says it does not have a master key that controls every system in its network.

"There have been a number of suggestions offered and this is one of them. A technical team will check those suggestions over the next few days," a senior government source, who did not want to be identified, told Reuters.

In a letter to the Interior ministry, seen by Reuters, the telecoms ministry said if the solution is not acceptable to the government, mobile phone operators would be instructed to stop offering the Enterprise email services on Blackberry platform.

India said this week that it would allow the messenger service to continue beyond the deadline as it had been assured access to the services, but could shut down the secure email service if access is not given by then.

India is one of a number of countries putting pressure on RIM, which has built the reputation of the BlackBerry, popular with business professionals and politicians, around confidentiality.

Governments such as Saudi Arabia's fear it could become a tool to plan militant attacks or for those breaking Islamic laws.

A shutdown would affect about 1 million users in India out of a total 41 million BlackBerry users worldwide, allowing them to use the devices only for calls and Internet browsing.