Corruption is widely seen as holding back the economy and Yudhoyono has been criticized for letting the fight against it slow as he comes towards the end of his second five-year term. 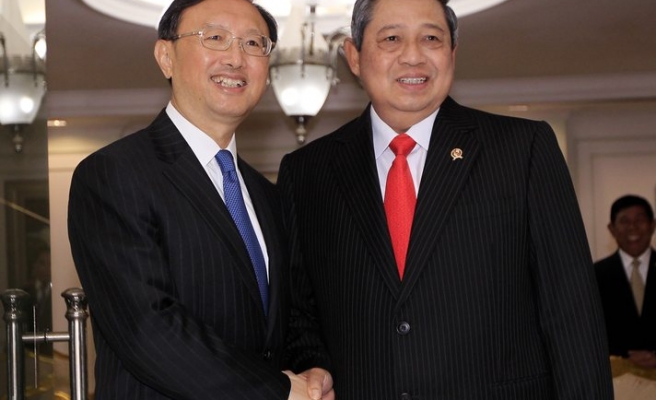 Indonesia's President Susilo Bambang Yudhoyono said on Thursday corruption is on the rise, even in parliament, in his most explicit comments yet on a scourge that he warned threatened economic growth in Southeast Asia's largest economy.

Corruption is widely seen as holding back the economy and Yudhoyono has been criticized for letting the fight against it slow as he comes towards the end of his second five-year term.

A series of corruption scandals have rocked the president's Democrat Party, weakening it in advance of elections in 2014 when Yudhoyono will step down.

"The drum of war on corruption should not dissipate. Corruption should be completely eradicated," Yudhoyono said in a speech to parliament ahead of the country's Independence Day anniversary.

"I have to admit there are still many perpetrators of corruption even in the government, parliament, regional representatives and among law enforcers," Yudhoyono said.

There are few estimates of how much corruption costs Indonesia but watchdog groups say it is prevalent in the civil service, police and judicial system and that it adds to business costs in part by weakening confidence in the rule of law.

Despite rampant graft, resource-rich Indonesia has become a favorite of emerging market investors because of its large domestic market as the world's fourth most populous country, rising middle class, relatively stable fiscal framework and low levels of public debt.

Economic growth picked up to a stronger-than-expected 6.4 percent last quarter, defying a global downturn because of domestic consumption and investment.

Yudhoyono's wide-ranging speech ahead of Independence Day was the latest in a series to touch on corruption.

He said cooperation between the anti-graft body the KPK, the Supreme Court, police and the Attorney General's office was paramount in fighting corruption.

Yudhoyono said the government must provide a safe legal environment for investors if it is to promote economic growth, as well as removing hurdles to investment and promoting infrastructure growth.

One analyst said he was skeptical that the speech signaled any real stiffening of government resolve on corruption.

"This speech is normative because if you say such things you have to show concrete examples. The president mentions extraordinary action to face corruption but there is no realization on the ground," said Donal Fariz of Indonesia Corruption Watch, a graft watchdog.

Europe's economic crisis also provided a threat to growth in Indonesia, and that the government needed to cautiously give a fiscal stimulus, though he did not give any details, Yudhoyono said.

Economists say the government needs to spend more to overhaul infrastructure to drive long-term growth, though central government spending usually falls below target because of corruption and bureaucratic inefficiency.