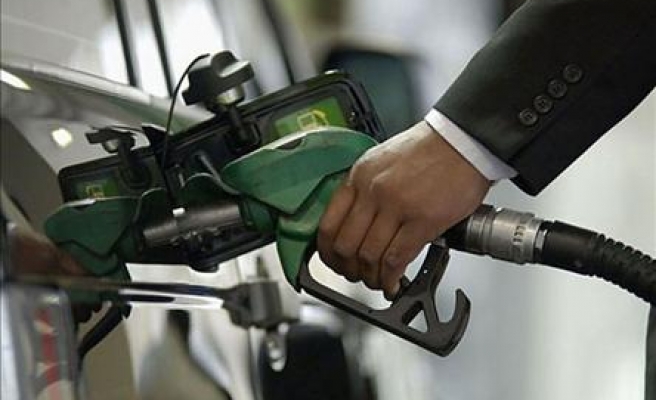 In some places bus and coach companies raised their fares dramatically while others cancelled services following the rise, which came into effect at midnight Monday.

The hashtags ‪ ‪#SalamGigitJari – a reference to the two-fingered greeting Widodo used during the summer’s presidential election campaign – and #ShameOnYouJokowi indicated social media users’ annoyance at the price rise.

The move is expected to save the government more than $8 billion next year, money needed to fund Widodo’s health, education, agriculture and infrastructure reform projects.

At fuel pumps, police stood guard to enforce queues while market stallholders moaned that the higher cost of transporting produce, passed on to customers, was putting people off buying.

‪"Since this morning, only few people buy my chilies as they are too expensive," chili-seller Soimah told The Anadolu Agency.

The announcement of the subsidy cut at the weekend was expected, but still created panic among motorists and consumers.

Widodo, known popularly as Jokowi, said he appreciated the rise was “very hard to take” but said the decision had been arrived as after “careful consideration."

Speaking at the State Palace, he added: ‪"From time to time, we as a nation are often faced with difficult choices. Nevertheless, we have to choose and take decisions.”

He announced the introduction of "social protection" cards for low-income families to cushion the impact of the fuel-price hike.

Mohammed Subhi, a fishermen, fretted that he would not be able to put to sea due to the prohibitive price of fuel. "I cannot put my ship to sea without fuel," he said.

‪Subhi, who earns around 36,500 rupiah a day, plans to seek another job to send his three children to school. He hopes the government cards to cover his family’s health, education and welfare will prove sufficient to make up for the loss of livelihood.

The move is the first major economic policy decision since Jokowi took office last month and is expected to add two percent to the rate of inflation, Finance Minister Bambang Brodjonegoro said.

Minister of National Development Planning Andrinof Chaniago said the policy aimed to reduce consumption and increase productivity. "[By] our target, Indonesia can be self-sufficient in rice in two years," Andrinof said.

‪Opposition politicians jumped on the price rise as ill judged. Fadli Zon, deputy chairman of the Great Indonesia Movement Party, said: "We will use our constitutional right to ask the president about the fuel price hike."

The fuel subsidy is a sensitive issue in Indonesia and a price rise usually sparks protests. In 1998, a rise in fuel prices contributed to the downfall of President Suharto, who had held on to power for 31 years.

Faisal Basri, an economist at the University of Indonesia, said the government's decision had been timed correctly because of the low cost of oil globally, as well as low domestic prices for certain essential commodities.

“The price of wheat, sugar, soy and crops are down so the impact of inflation will not be too great," Basri told the AA.

“The president should think of the poor people who will be affected by the increase in fuel,” he said.

Randysim called for Indonesia’s budget and current account deficits to be reduced by other measures, such as increasing tax on foreign companies.