Investors line up for Turkish PM at World Economic Forum 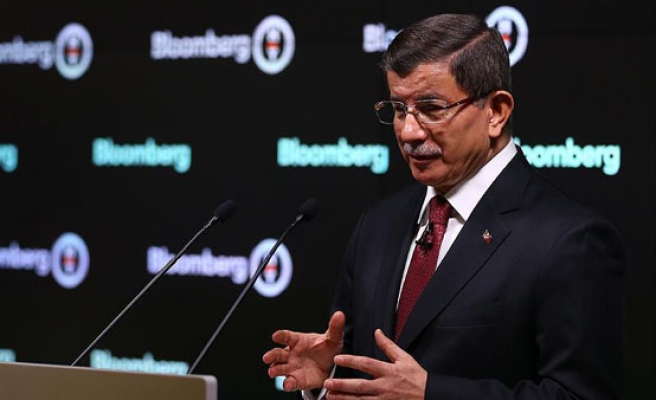 Turkish Prime Minister Ahmet Davutoglu on Wednesday met with the heads of the world's largest companies at the World Economic Forum in Davos, Switzerland.

Under discussion were the prospects of $3 billion in projects in Turkey.

According to Turkish Prime Ministry sources, after the November election, international companies, which have more than $4 trillion market value, are eager to invest more in Turkish markets.

The sources said that investors from Japan, China, Malaysia as well as the U.S. and Europe were to meet with the prime minister in Davos.

Davutoglu expressed his appreciation for global companies’ interests and their connection with Turkey.

Davutoglu and global CEOs discussed the projects which more than $3 billion value on finance, infrastructure, logistics and industry sectors.

The sources said that the meetings with investors will continue as there is great interest from international firms.

The Turkish government on Dec. 11 unveiled "the 2016 action plan" to further improve the country’s investment environment with a series of reforms designed to attract international investors.

The plan includes new measures ranging from reducing costs in organized industrial zones to easing of licensing procedures for investors.

The sources stated that the high demand from investors to meet the prime minister indicated that the government action plan, which include the country's incentives for international companies, are welcomed by foreign investors.

More than 40 political and 1,500 business leaders from over 100 countries are attending the four-day World Economic Forum, which kicked off Wednesday in Davos, Switzerland.

Davutoglu will deliver a speech on “Turkey’s Global Role” in Davos on Thursday.

The country's Foreign Minister Mevlut Cavusoglu and Deputy Prime Minister Mehmet Simsek, who is responsible for the Turkish economy, are participating in several sessions in the forum.