Iran, China in talks to use Yuan for oil trade: sources

Iran and China are in talks to use the Chinese yuan to settle transactions of oil and projects after unilateral sanctions from the United States and Europe, sources said. 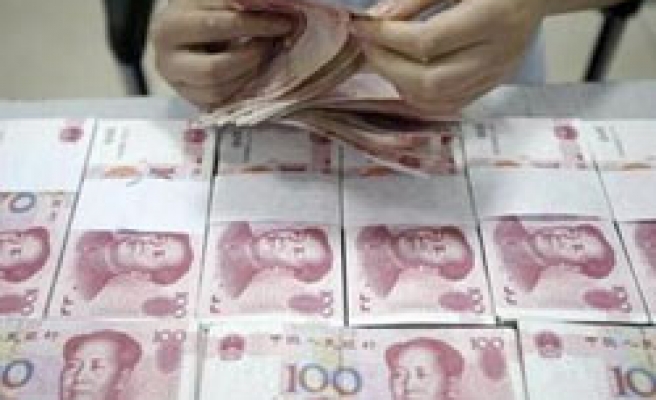 Iran and China are in talks to use the Chinese yuan to settle transactions of oil and projects after unilateral sanctions from the United States and Europe, sources said.

The idea was raised internally several months ago by state refiner Sinopec, one of the world's largest Iranian oil buyers, and Iran recently made more formal proposals to China, industry sources with direct knowledge of the situation told Reuters.

The proposal is for Iran, China's No.3 crude supplier, to set up a yuan account in a Chinese bank and receive payments for its crude sales, that can be partly offset by Iran's purchases of Chinese fuels, equipment and other projects, they said.

While both sides see it as a technically plausible solution, China is wary that the shift carries significant political risk. A switch also means China loses possible gains in hedging in other international currencies such as the euro.

"At this moment it is tough for China to say a firm yes," said one official with a state oil firm who declined to be named.

"But we do see the need for it as we've encountered difficulties in trade with Iran, such as whenever we use Iranian ships or need Iran to issue a letter of credit for payment."

A Sinopec spokesperson was not immediately available for comment.

China scaled back nearly a third of crude imports from Iran in the first half of the year to 366,000 barrels per day, with Chinese traders attributing the change to unattractive prices rather than politics.

But Chinese firms have stepped up fuel sales into Iran long suffering a lack of refining capacity, taking up the void left by fuel suppliers such as Russia's Lukoil and western traders including Vitol and Tranfigura who halted trade under threat of U.S. retribution.

Energy giants CNPC and Sinopec, both with New York-listed vehicles, are drilling for oil and gas in Iran under billion-dollar investment pacts. Other Chinese firms are building pipelines and power stations there.

The yuan was not the only currency Iran wanted to switch to. Tehran proposed last October to conduct bilateral trade with Turkey in their own currencies.

Last week, an Iranian official said Tehran was discussing internally the idea of using the dirham, of the United Arab Emirates, instead of euro as a possible way to deal with tougher EU sanctions.

But the option of using yuan could be more plausible given the size of trade and strong growth between Beijing and Tehran. Bilateral trade was at $21.2 billion last year and expanded nearly a half in the first quarter versus a year earlier.

The proposal also appears to be consistent with China's move on Monday to allow the sale of yuan-denominated financial products in Hong Kong and giving companies greater access to yuan funds, seen part of a gradual opening of China's capital account to the world.

The U.S. dollar is the standard currency for global oil trade, but Iran had shifted to euro for European deals in response to decades of U.S. sanctions against the Islamic Republic.

"The euro settlement is getting more and more difficult nowadays. We have to seek alternatives," said a separate state oil trader who deals with Iran regularly.