Iran seeks to resolve HSBC freeze on some trade financing

Banks such as HSBC are responding to tougher scrutiny over financial dealings with some countries including Iran. 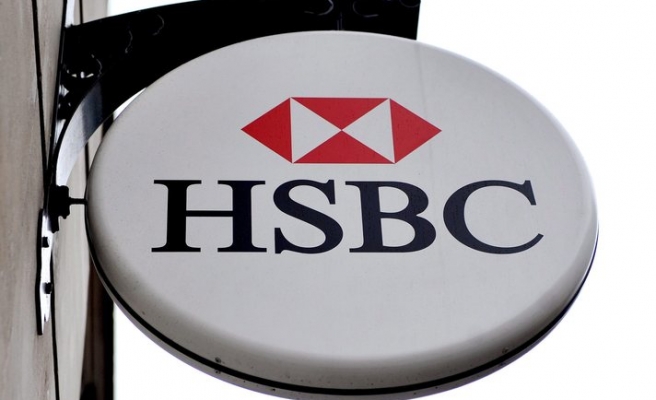 Iran is lobbying to get HSBC to process humanitarian trade transactions that Europe's biggest bank has frozen because of concerns about potential breaches of international sanctions, sources familiar with the trades told Reuters.

Banks such as HSBC are responding to tougher scrutiny over financial dealings with some countries including Iran, even as the Islamic Republic has won relief from some sanctions since its interim deal with world powers last November under which it has scaled back some aspects of its disputed nuclear programme.

French bank BNP Paribas is facing a fine of as much as $9 billion and other penalties over allegations of U.S. sanctions breaches involving Iran and other states between 2002 and 2009.

Iran was never barred from buying food or other humanitarian goods under sanctions first imposed in 2006 over its nuclear activity. But measures by the European Union and the United States have made trade generally more difficult over the past two years, hindering payments and shipping.

"HSBC, like other banks, is increasingly worried about falling foul of any sanctions oversights. It is just not worth the risks, especially in this climate," a banking source, who declined to be named due to the sensitivity of the issue, said.

European and U.S. trade sources, who also declined to be named due to sensitivities over business with Iran, said HSBC had in recent weeks frozen some transactions for approved goods.

"My direct experience is that they have blocked payments going into and out of Iran," a European trade source said.

HSBC said it continued to consider humanitarian payments involving sanctioned countries "on a case-by-case basis" to ensure they are in accordance with applicable regulatory requirements, and otherwise consistent with the bank's policy.

"This review process can be particularly challenging and therefore can take time to conclude. Our policy only requires the freezing of these payments where required under applicable laws and regulations," HSBC said in a statement issued in response to Reuters questions.

HSBC declined to comment on whether it had received any overtures from Iran.

A U.S.-based trade source said that payments with Iran via HSBC had not gone through in recent weeks.

"HSBC seems to have stopped processing financial transactions for allowable humanitarian trade," the source said, adding that this could have wider implications.

"The (financial) ecosystem with Iran is so fragile that the loss of even one entity, (like HSBC), can have an existential consequence."

Three Iranian government officials said HSBC had stopped processing payments, and that Tehran was trying to resolve the issue. "We are in talks to solve the problem," one said.

A second Iranian government official said the West was "trying to pressure Iran" to accept their conditions in continuing negotiations with the six world powers on a long-term settlement under which Tehran would cede any means of diverting its nuclear energy programme to atomic bomb-making in exchange for a removal of all sanctions against it. Iran has long insisted it seeks only peaceful nuclear energy, not bombs.

"These sanctions will be lifted sooner or later and we will prefer to work with those banks that helped us under sanctions," the second official said.

In recent days, the suggestion that the United States and Iran may have common interests on Iraq has raised hope of overcoming stumbling blocks to a final nuclear agreement between Tehran and the world powers.

The United States said it might launch air strikes and act jointly with Iran to shore up the Iraqi government, after a territorial rampage by Sunni Islamist insurgents that has scrambled alliances in the Middle East.

Britain said separately that it would reopen its embassy in Iran "within months" after a hiatus of more than 2 1/2 years.

A Western intelligence source said HSBC's trade finance was "completely consistent with our understanding and assessment".

"It appears that HSBC is very concerned by the apparent lack of transparency in Iranian activity," the source said.

"Large European banks are to a large extent making it a matter of policy to manage risk and operate more cautiously than is actually required by regulations in order to avoid prohibited activity."

In March, trade sources and government officials told Reuters that Tehran was pressing world powers to speed up trade finance arrangements on humanitarian deals involving both Western and Iranian banks.

"Parties no doubt shy away from engaging in food or humanitarian transactions with Iran from concern about compliance with restrictions that are not always clear," said Doug Maag, U.S.-based senior counsel with law firm Clyde & Co.

"Banks are also reluctant to become involved in such transactions, because if they process payments on non-compliant transactions the banks themselves can be subject to sanctions."

In December 2012, HSBC was fined $1.92 billion by U.S. regulators for various violations including doing business with Iran and money laundering in Mexico. The bank has ramped up internal compliance and in 2012 appointed Stuart Levey, former U.S. Treasury undersecretary for terrorism and financial intelligence, as the bank's chief legal officer.

"On the policy side, Treasury wants the transactions processed but the bank regulators want to make sure there is no money laundering going on. It sounds like the banks are stuck between sanctions regulations and anti-money laundering controls," the former official said.

"The potential BNP fine is certainly eye-opening and the concern is what may be considered common banking practice now may be determined illicit five years from now. That is adding banks' considerations especially with regards to Iran."

William Arnall-Culliford, team leader of the Iran department at Britain's Foreign Office, said the intention of sanctions was not to harm ordinary Iranians or humanitarian transactions, but the government did not offer an "interpretation service on the legal rules in the EU".

"What we won't do is tell people whether their proposed activities are in line with sanctions," he told an Iran business seminar in London earlier this month.

"(Where there are no legal obstacles), issues dealing with banks are commercial issues. It is not the policy of government to intervene in commercial decisions."

Arnall-Culliford said that where an activity was not prohibited under sanctions, "we would not expect the U.S. to issue letters of comfort" to EU companies.

"The government's policy is not to encourage trade with Iran. There is no support in trade disputes," he said.

A U.S. Treasury spokeswoman said Washington had worked hard with international partners "to support and facilitate humanitarian trade with Iran".

"Through our private sector outreach and in discussions with other governments, we make clear that transactions related to humanitarian trade with Iran are permissible," she said.

"In addition, as part of our commitment to implementing the Joint Plan of Action, we helped establish financial channels to facilitate humanitarian trade with Iran and those channels have been actively working."

The Treasury spokeswoman said it had worked to facilitate the establishment of two humanitarian channels - one in Asia and one in Europe, but declined to comment on specific financial institutions.