Turkey's transport minister says Ankara has accepted Iran’s offer to suspend the sealing of fuel tanks on Turkish trucks for a short period. 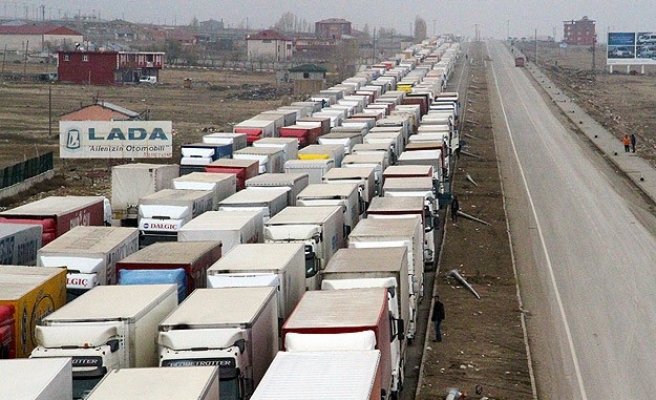 Lutfi Elvan said: “Turkish trucks, nearly 1,200 of them, have been seen forming a 12-km long line. By last night, their entrance to Iran has been accelerated by this decision. I hope that the truck line will be cleared in two-to-three days."

Tehran requires that Turkish trucks seal their fuel tanks when in Iran. Fuel prices are much lower in the Islamic Republic due to state subsidies.

In Turkey, a liter of diesel fuel costs $1.97 while it is only $0.26 in Iran - the fifth-cheapest diesel fuel in the world after Venezuela, Syria, Saudi Arabia and Libya, according to globalpetrolprices.com

Transit fees for trucks have recently become a sticking point between Turkey and its neighbor. Recently, Ankara increased transit fees for Iranian trucks when Tehran hiked its own rates for Turkish trucks.

Turkey and Iran signed an agreement on road transportation in 1994. Iranian customs points are vital for Turkey’s exports to Central Asia.