Chevron followed its larger rival into Kurdistan last week, and Baghdad's action on Tuesday will be closely watched by other oil majors, such as France's Total, which is widely expected to be the next to make a Kurdish oil play. 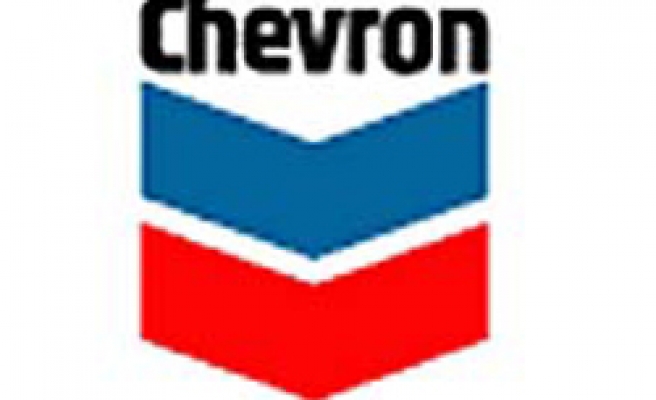 Iraq hit out at Chevron Corp over its just-signed oil contract with Kurdistan, barring it from any oil agreements with the central government in a move meant to deter other companies from dealing directly with the semi-autonomous northern region.

Baghdad has long held that contracts signed by the Kurdistan Regional Government (KRG) are illegal, and last year Exxon Mobil Corp aroused its anger by striking a deal with the region while also running a project at a supergiant oilfield in the south.

Baghdad retaliated by banning Exxon from an exploration tender in May.

Chevron followed its larger rival into Kurdistan last week, and Baghdad's action on Tuesday will be closely watched by other oil majors, such as France's Total, which is widely expected to be the next to make a Kurdish oil play.

Last week, Chevron said it would purchase 80 percent of two blocks in Iraq's Kurdistan, an area where oil rights are a subject of fierce dispute.

Responding to the ministry's rejection, Chevron highlighted its near-decade-long relationship with Iraq's government, having started a technical assistance program in 2003.

"Our goal is to help Iraq achieve its objectives for the oil and gas industry by participating in opportunities that meet our investment criteria," Chevron said in a statement.

Yet whatever the impact on goodwill, Chevron has no material stake in the south to lose at the moment. The second-largest U.S. oil company was qualified to take part in Iraq's four oil and gas licensing rounds, but chose not to.

The company found the commercial terms of Iraq's service contract unworkable, but - like other investors - found the production-sharing contracts on offer in Kurdistan more attractive, industry sources said.

Chevron has said it will continue to monitor opportunities in both the north and south of Iraq. Iraqi oil officials said the company had shown interest in developing the giant southern Nasiriyah oilfield, which was not offered in any of the tenders.

"The reputation and credibility of Chevron and other companies are being tested today, and we are fully confident the result of its test is a total failure and it should feel ashamed of its action," the Oil Ministry statement said.

Kurdistan said in June that it expected more oil majors to follow Exxon in the next few months. Total, which also has a stake in a project in the south, is widely believed to be close to doing a deal.

"Total is waiting for the best time to proceed," said an Iraqi oil executive. "After today's announcement, they may think twice."

Seemingly undeterred, Exxon is close to awarding a contract for drilling rigs at its six exploration blocks in Kurdistan, said Iraqi oil sources.

As part of its deal announced last week, Chevron is buying the Sarta and Rovi blocks from India's Reliance Industries Ltd , making it the new partner of Austria's OMV AG , holder of the other 20 percent interest.

Baghdad has a long-running dispute with the KRG over oil, land and sharing revenues and insists that it has the sole authority to manage oil fields and sign deals in the north.

As well as Total, Norway's Statoil is looking at KRG exploration blocks, industry sources have said. A move into the north by a third big oil name could be a tipping point.

"Chevron has no contracts in the south, so that's likely to minimise the fallout," an oil industry executive said. "If Total joins the procession, that will signal the transition from a trickle to a flood."