Exports hit a record high of 2.8 million bpd in February, but fell back to 2.39 million bpd in March after insurgents blew up a northern pipeline running from the Kirkuk oilfields to a port in Turkey. 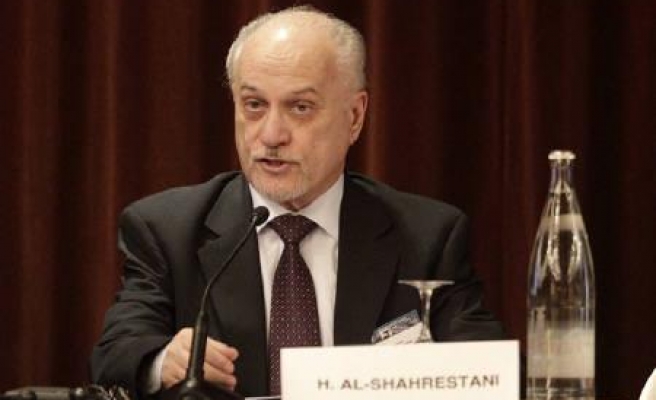 Iraq has exported an average of 2.5 million barrels per day (bpd) of oil so far in April, more than in March, but still well short of its 2014 target, due in part to repeated sabotage of a northern pipeline.

Deputy Prime Minister for Energy Hussain al-Shahristani said on Saturday exports could have reached 3.2 million bpd without the damage, and if Iraq's autonomous Kurdish region had pumped its share of oil.

Iraq set an export target of 3.4 million bpd for 2014, including 400,000 bpd from northern Iraq, which has not exported any oil via state infrastructure for more than one year, due to a row with Baghdad over resource rights and revenue sharing.

Exports hit a record high of 2.8 million bpd in February, but fell back to 2.39 million bpd in March after insurgents blew up a northern pipeline running from the Kirkuk oilfields to a port in Turkey.

"The halting of Kirkuk exports is an obstacle that prevents us from increasing our exports," Shahristani said at an energy conference in Baghdad. "It should be a priority for our security forces to secure the pipelines".

Shahristani said the damaged pipeline, which runs to Ceyhan in Turkey, could be fixed in a matter of days, but there was no point in doing so unless security forces could protect it from further attacks.

The Iraqi army has been bogged down in fighting in the western province of Anbar since early this year, when Sunni tribal and insurgent groups including the Islamic State in Iraq and the Levant (ISIL) overran two cities.

"I realise that our forces are facing attacks in the western part of the country and along the borders with Syria ... but it's also urgent to boost production and exports to provide required revenues to build the country and purchase arms for the security forces," Shahristani said.

Shahristani said oil exports averaged 2.4 million bpd in the first quarter of 2014, with the bulk produced in the country's relatively peaceful south and shipped abroad from there.

Asked about negotiations with the Kurds over oil, Shahristani said they were as yet inconclusive, reiterating Baghdad's position that all the crude in Iraq should be marketed centrally.