At its fourth annual meeting, Istanbul Finance Summit acted as a dynamic platform for exchange of ideas between leading voices in the world of finance 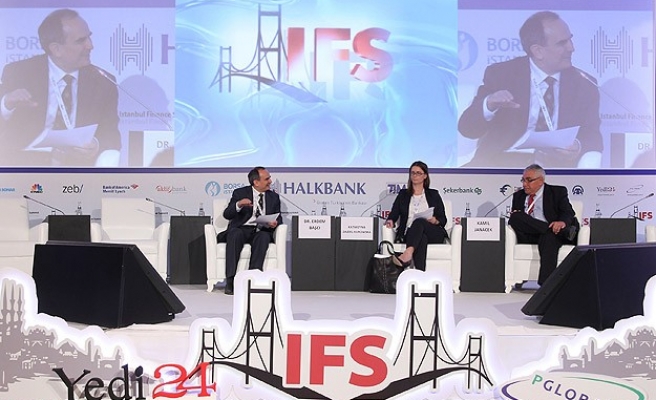 IFS was held on 18-19 September at Istanbul's Ceylan Intercontinental Hotel.

Bagriacik said that many markets around the globe have shrinking private sectors, and attributed the low figures of private capital in emerging markets to the capital increase in European banks.

Bagriacik noted that Russia is number one among emerging markets in terms of private capital.

“Turkey has a sensitive structure. This is the main concern. It is not easy to set up a sustainable stock market. I think it would take three or four years to attract a sufficient flow of funds.”

Bagriacik said Turkey has nevertheless made a significant progress in this regard over the last decade. “We observe efforts at Eurobond and highly efficient marketing services in particular, but we must take note of rising risks in emerging markets.”

He maintained that Turkish banks check themselves regularly and continue to interact with Eurobond markets.

“New practices are implemented very fast now, and this is good news. It means the Turkish private sector will soon get better.

“A fresh set of liquidity conditions will soon emerge. We have only seen part of the expected developments. We should be more prepared,” he said.

“We see a good market in Turkey.”

Another speaker at the panel, Suleyman Yilmaz, Director General of KOBI Venture Capital Investment Trust, said the recent stability and growth in Turkey contributed to a surge of activity in the field of venture capital.

He said his organization would continue to offer its backing to innovative projects, adding that the recent campaign of support that originated in the public sector would reach greater heights if it also receives funds from the private sector.

Cagatay Mustafa Culcuoglu, Deputy Director General of Anadolu Agency, said in his remarks that the year 2013 had so far been one of stagnation for private capital, investment banking and risk capital.

“The reason is a new crop of macro shocks, with the Eurozone crisis, resulting in the continuation of financial negotiations and a rising aversion to risk on the part of business owners.

“We don’t know if this trend goes on in private capital, investment banking and risk capital, but we need sustainable growth in all three areas,” he said.

“We see a good market in Turkey and we want more investments coming in.”

The summit that brought together foremost representatives of the global financial landscape ended with the closing remarks of Deputy Prime Minister Bulent Arinc.