İstanbul's third airport construction set to begin in May

The new airport will be built on İstanbul's European side between the Black Sea regions of Yeniköy and Akpınar. 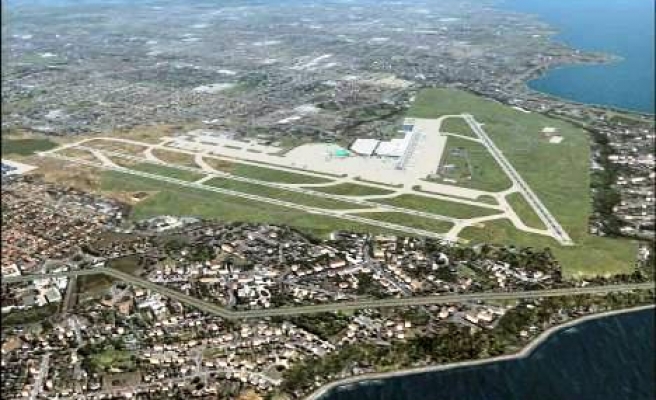 The new airport will be built on İstanbul's European side between the Black Sea regions of Yeniköy and Akpınar, an area where the Environment and Urban Planning Ministry is also planning to build “İstanbul Metropolitan,” a massive 1.5 million-person satellite city, a 30-mile canal to divert shipping from the Bosporus and a third Bosporus bridge and road network to connect the region with greater İstanbul and Asia.

In January, Turkey unveiled its plans to build the airport, which it said could be completed as early as 2017. The Transportation Ministry reported that the airport would be able to handle a capacity of 90 million passengers annually upon opening in 2017, and would gradually “gear up” to the world-record-setting 150 million passenger capacity.

The tender to build İstanbul's third airport, expected to be the world's largest, took place at Ankara's Esenboğa Airport on May 4. The Cengiz-Kolin-Limak-Mapa-Kalyon Consortium, a joint venture of Turkish companies, won the tender, promising to pay the government 22.1 billion euros for 25 years, starting from 2017.

Determination, forward thinking, united efforts, good intentions, can and will get Turkey ahead . Let's commit yourselves to become the most successful capitalistic country in the world. We can and we will be more successful.