Italian FM: Europe must 'be brave'

In the G20 finance meeting, Italy's Pier Carlo Padoan calls for structural reform across the continent. 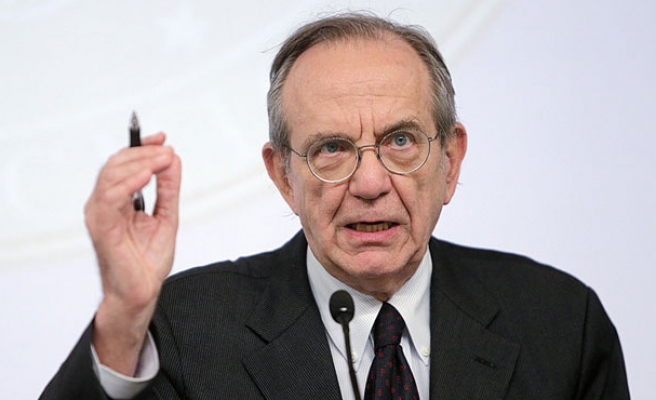 Italy’s finance minister has told a G20 meeting in Istanbul that Europe needs to “be brave” and implement more structural reforms.

Pier Carlo Padoan was speaking on Monday during a two-day meeting of G20 finance ministers and central bank governors in Turkey.

Padoan, stating that European Union countries had been struggling to cope with recession and inflation over the past years, said the continent “needs more investments, more structural reforms and sound public finances across Europe."

A long-running debate over whether Europe should focus more on stimulus or austerity to resolve its economic problems has become further polarised since a new Greek government led by the anti-bailout Syriza party came to power two weeks ago.

France and Italy have urged more investment in the single currency bloc, against resistance to spending from Germany, which is focusing on balancing its budget.

"We need to be bolder in Europe in terms of risk taking ... I hope that policy action will indeed facilitate stronger private sector investments, especially infrastructure investments," Padoan told an Institute of International Finance gathering in Istanbul ahead of a meeting of G20 finance chiefs.

Padoan said lower oil prices and the anticipated impact of a European Central Bank stimulus plan to buy around a trillion euros of government bonds had helped improve the economic picture in the last few months.

The euro exchange rate is set to become more "consistent", Padoan said, adding that he hoped the better backdrop would not "loosen" euro zone countries' efforts to pass structural reforms.

During Monday's meeting, a number of senior-level speakers focused on the G20 agenda, including: growth and job creation; private sector support for infrastructure investment; financial inclusion; financial globalization; regulatory reform; and the B20 agenda.

Padoan added that investment would be the EU’s priority in 2015.

"Europe always succeeded when it used to implement integration and liberation... Today we should be a bit more brave, take risks and support growth," he said.

However, Bank of England Governor Mark Carney, warned countries against what he called "structural reform fatigue."

Carney, saying that structural reforms are the most compelling one, said that they yield more in years but require time and passion.