The programme, aimed at balancing the budget by 2013, was approved in the Senate on Wednesday following mounting pressure on Italian govt bonds. 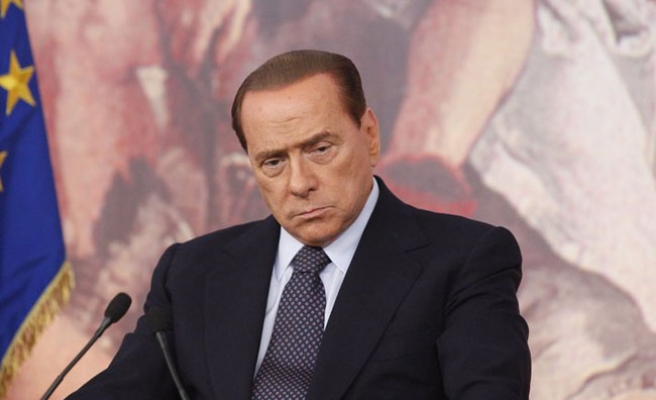 Italy's lower house of parliament will begin debating the government's 54 billion euro package of revised austerity measures on Monday before a vote later in the week, officials said on Thursday.

The programme, aimed at balancing the budget by 2013, was approved in the Senate on Wednesday following mounting pressure on Italian government bonds and growing impatience among Rome's European partners.

The package, agreed after multiple changes, includes a 1 percentage point hike in value-added tax, adjustments to pension rules and a special 3 percent levy on incomes over 300,000 euros ($422,000) as well as cuts to government spending.

Prime Minister Silvio Berlusconi's centre-right cabinet also signed off on a planned constitutional amendment that would bind governments to running balanced budgets from 2014 onwards unless an exception were sanctioned by a vote in parliament.

In a statement issued after the cabinet meeting, Economy Minister Giulio Tremonti said the amendment, which echoes similar proposals by other European governments, would be accompanied by "other important reform texts".

Under the amendment, which needs a two-thirds majority to pass in parliament, an article would be inserted into the constitution reading: "The state budget respects the balance of revenue and expenditure."

The amendment would prevent governments from running a deficit "unless in adverse phases of the economic cycle within the limits it decides or due to a state of necessity which cannot be supported with ordinary budget decisions".

A state of necessity would only be declared under exceptional circumstances after a vote requiring an absolute majority in both houses of parliament, the text said.

"In consequence, the 'balanced budget' will not only be an accounting criterion, it will be a principle of extremely high political and civic value," Tremonti said.

Italy's stepped up efforts to tighten its public finances follow two months of market turmoil which have seen Italian government bonds hammered over doubts about the sustainability of its 1.9 trillion euro debt pile.

Italy's borrowing costs shot up to levels that it could not afford to keep paying and crisis was only averted by exceptional intervention by the European Central Bank, which has been buying Italian bonds to keep yields down to manageable levels.