The ECB agreed last month to buy up Italian and Spanish debt on the open market to prevent an upward spiral in their borrowing costs that threatened to tear Europe's 12-year old single currency apart. 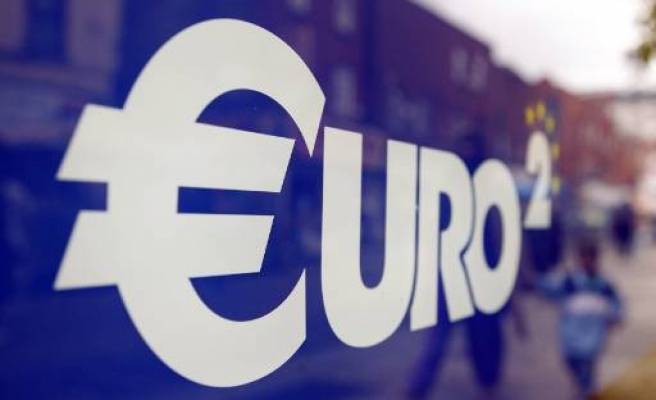 The euro zone's debt crisis appeared at risk of spiralling out of control on Tuesday amid doubts about Italy and Greece's willingness to push through austerity demanded by their partners, and hardening opposition to further aid in paymaster Germany.

Against a backdrop of nationwide strikes, the government of embattled Italian Prime Minister Silvio Berlusconi scrambled to secure parliamentary backing for a package of reforms that has hammered Rome's credibility in financial markets because of the chaotic way it has been handled.

Meanwhile fiscal backsliding in Greece has put a new aid payment from the country's international lenders at risk and prompted some lawmakers in German Chancellor Angela Merkel's party to press her on why Athens is not simply booted out of the 17-nation currency bloc.

Just six weeks after euro zone leaders came together in Brussels to agree new anti-crisis measures, their strategy looks to be unravelling, with resistance to austerity in Europe's southern periphery rising just as resentment in core countries like Germany builds to a crescendo.

"Once you say to Italy we will not allow you to fail, they then have the upper hand," said David Mackie, an economist at J.P. Morgan in London. "There has been a moral hazard issue with Greece for some time. Now we have one in Italy too."

Italian bonds edged higher a day after a sharp sell-off, with traders citing intervention by the European Central Bank (ECB). On Monday, incoming ECB President Mario Draghi said the bank could not be counted on to buy up the bonds of weak euro zone members indefinitely, in what was widely seen as a warning to his native Italy.

The ECB agreed last month to buy up Italian and Spanish debt on the open market to prevent an upward spiral in their borrowing costs that threatened to tear Europe's 12-year old single currency apart.

But it did so only after receiving new reform pledges from Rome that Berlusconi's government, under pressure from unions, has since tinkered with.

The ECB is also counting on European governments to step in and assume the role of bond-buyer of last resort once their rescue mechanism, the European Financial Stability Facility (EFSF), receives new powers.

For that to happen, national parliaments need to approve the changes to the mechanism -- a significant hurdle in member states where aid to euro zone stragglers is increasingly unpopular.

Slovakia is refusing to hold a vote until all other euro zone members have backed the changes. In Germany, Merkel's own position is at risk if enough of her conservative allies rebel in a Bundestag vote scheduled for Sept. 29.

In preliminary internal party votes late on Monday, 25 lawmakers from Germany's ruling coalition refused to back more powers for the EFSF, raising questions about whether Merkel can deliver a parliamentary majority without help from the opposition.

If she fails to accomplish that, she would come under pressure to dissolve parliament and call early elections, a step that still seems unlikely for now.

At a meeting with her party on Monday, Merkel was pressed repeatedly on whether it wouldn't be preferable to push Greece out of the euro zone. She warned against it, saying such a step might set off a dangerous "domino-effect".

A separate row over Finland's demands that Greece provide it with collateral in exchange for loans in a second bail-out package is also hanging over the bloc. German Finance Minister Wolfgang Schaeuble will meet his counterparts from Finland and the Netherlands later on Tuesday to try to break the impasse.

The euro zone's woes have dominated a major banking conference taking place in Frankfurt this week. Deutsche Bank <DBKGn.DE> Chief Executive Josef Ackermann said on Monday that the crisis would stunt bank profits for years and could kill off the weakest players in the sector.

On Tuesday, UniCredit CEO Federico Ghizzoni called the crisis a test for European leaders and urged them to decide whether they wanted the euro or were prepared to "give it up".

Merkel faces intense pressure from some other countries in Europe to agree to joint euro zone bonds as a way of solving the crisis, but has repeatedly ruled out such a step, arguing that it would reduce incentives for countries like Greece and Italy to get their finances into shape.

Schaeuble said in a speech in parliament on Tuesday that euro bonds would be "a perfect case of misconceived solidarity".

"The euro would lose its credibility as a stable currency," he said.

Still, with the crisis deepening two years after it first erupted in Athens, Germany may soon face a choice between agreeing to some of the more radical measures it has resisted or allowing the bloc to splinter apart, in what would be a humiliating setback for Europe.

"It is possible that markets develop in such a way over the coming weeks that policymakers are forced to do something they don't want to do, like a much more aggressive pooling of fiscal liabilities" said Mackie of J.P. Morgan. "If market pressure builds to such an extent, I think they won't let the euro fail."