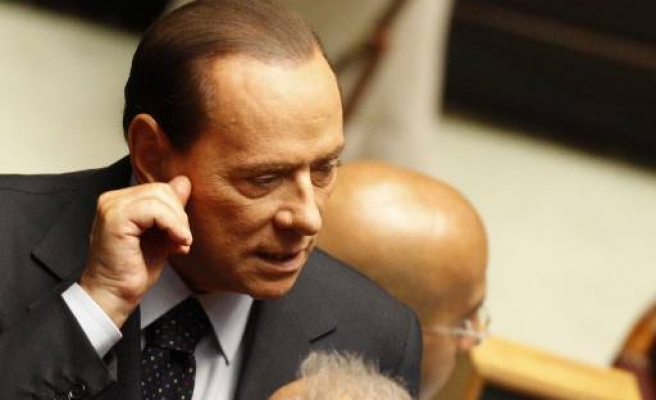 Italian Prime Minister Silvio Berlusconi on Wednesday won a confidence vote on a much-altered austerity plan aimed at stemming a debt crisis that threatens to tear apart the euro zone.

The vote on the 54 billion euro ($73.8 billion) mix of tax hikes and spending cuts passed in the lower house of parliament by a margin of 14 votes. It will become law after a formal approval vote at around 1800 GMT in the lower house.

The focus now shifts to whether a weak and scandal-plagued government can implement the promised reforms and if more austerity measures will be needed to head off a crisis that has driven Italy's borrowing costs close to unmanageable levels.

The bill's chaotic passage through parliament has already exposed deep divisions in Berlusconi's fractious coalition, triggered street protests and raised doubts over Italy's will to follow through on plans to balance the budget by 2013.

"It's the only way to convince markets and other partner countries of the seriousness of the initiatives taken."

Markets already on edge over Greece have turned on Italy with a vengeance over the past two months, hammering bonds and banking stocks due to concerns about a chronically stagnant economy and the sustainability of a 1.9 trillion euro debt mountain.

Bond buying by the European Central Bank offered a brief respite but a spike in yields over the past week triggered fresh alarm bells and raised the spectre of a full-scale crisis in Italy that could rip apart the single currency.

Yields on Italy's 10-year bonds dropped back to just over 5.6 percent on Wednesday, but not far from levels that topped 6 percent before the ECB intervention.

The spread over benchmark German debt also eased to 385 basis points on Wednesday after topping 400 points on Tuesday. , while Milan's blue-chip stock index pared back early losses to rise 2.3 percent in afternoon trade.