Japan has struggled to define its approach to bitcoin since the collapse of Mt. Gox, which filed for bankruptcy protection in Tokyo on Friday, saying it had lost bitcoins and cash worth some half a billion dollars due to hacker attacks on what it said was its lax computer system security. 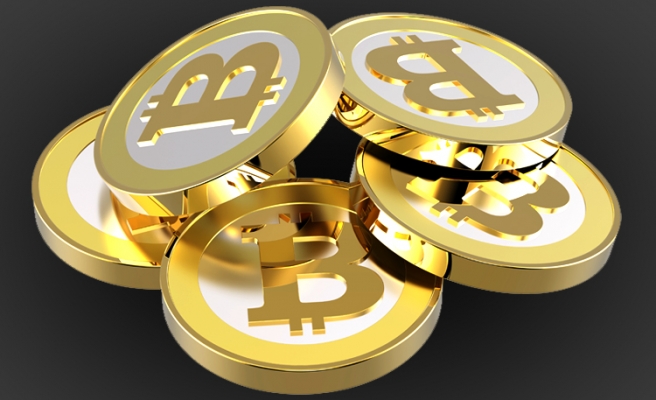 Japan will this week set out rules on how to handle bitcoins, the first sign that the government is taking action on regulating the virtual currency after the collapse last week of Tokyo-based Mt. Gox, once the world's dominant bitcoin exchange.

The cabinet will decide on Friday how to treat bitcoins under existing laws, said people familiar with the matter, adding that banks and securities firms will not be able to handle bitcoin as part of their main business, suggesting the crypto-currency will be treated more as a commodity, like gold.

Japan has struggled to define its approach to bitcoin since the collapse of Mt. Gox, which filed for bankruptcy protection in Tokyo on Friday, saying it had lost bitcoins and cash worth some half a billion dollars due to hacker attacks on what it said was its lax computer system security.

Bitcoin, a digital currency that is traded on a peer-to-peer network independent of central control, has engendered a wave of creative criminality - from bitcoin theft by hacking online platforms to potentially using the crypto-currency in money laundering, bribery and buying illicit products. Its value has soared in the past year, and the total worth of bitcoins minted is now about $7 billion.

Flexcoin, a Canada-based bitcoin bank, said on Tuesday it was closing after it lost $600,000 worth of the online currency - all the bitcoins it stored - to hacker theft.

Japanese authorities are looking at possibly taxing bitcoin transactions, but it remains unclear how they could do this, given that one of the attractions of using bitcoin is that transactions are largely anonymous.

The panel heard on Wednesday from consultant Deloitte about bitcoin and from officials of the Consumer Affairs Agency, the Financial Services Agency (FSA) the Finance Ministry, central bank, Cabinet Office and the National Police Agency about the Mt. Gox collapse, Hirai told reporters.

The FSA and the Finance Ministry have said bitcoin is not a currency and doesn't fall under their purview, while the Bank of Japan has said it was studying the bitcoin phenomenon with interest. Chief Cabinet Secretary Yoshihide Suga said the relevant Japanese ministries will be in close contact with each other on matters relating to bitcoin.

A former insider at Mt. Gox told Reuters the exchange had repeatedly approached the FSA in the past, asking it to define the handling of bitcoin, but received no definitive answer. Last week, the FSA said it had not recently been in contact with Mt. Gox, but did not specify whether it had ever been in touch with the company. A lawyer for Mt. Gox declined to comment.

Taxing bitcoin is not without precedent.

U.S. online retailer Overstock.com collects sales tax on sales to places where the company has a physical presence, such as its home state of Utah, said vice chairman Jonathan Johnson. "It's pretty easy to do with bitcoin as at this point we are converting bitcoin into dollars immediately," he told Reuters.

But Hiroshi Mikitani, a prominent Japanese e-commerce billionaire and CEO of Rakuten Inc, expressed caution about trying to regulate the virtual currency. "They should not act hastily," he said, according to Kyodo News. "As for whether we need regulations, they should first examine the situation a bit more and discuss it in depth."

Japan doesn't want to go it alone in trying to get a grip on bitcoin. Any regulation of the crypto-currency should involve international cooperation to avoid loopholes, Vice Finance Minister Jiro Aichi said last week.

Shanghai-based BTC China, the world's largest bitcoin exchange by volume, has imposed regulations to curb bitcoin trade weeks after Beijing banned financial institutions from trading in bitcoin due to the risks involved.

Russian authorities have issued warnings against using bitcoin, saying treating it as a parallel currency is illegal. Britain, however, has supported bitcoin and is preparing to abort plans to tax bitcoin trading, the Financial Times reported.

Flexcoin, a Canada-based bitcoin bank, said it was closing down after losing bitcoins worth about $600,000 to a hacker attack enabled by flaws in its software code.

Flexcoin said in a message on its website that all 896 bitcoins stored online were stolen on Sunday. Its collapse came after Mt. Gox, once the world's dominant bitcoin exchange, filed for bankruptcy protection in Japan and said it may have lost some 850,000 bitcoins due to hacking.

"As Flexcoin does not have the resources, assets, or otherwise to come back from this loss, we are closing our doors immediately," Flexcoin said. ()

It later posted an update on its site saying that the attack exploited a flaw in its code on transfers between users and involved inundating the system with simultaneous requests to move coins between accounts.

"Flexcoin has made every attempt to keep our servers as secure as possible, including regular testing," it said, adding it had repelled thousands of attacks over the past few years. "But in the end, this was simply not enough."

The Alberta, Canada-based firm, which said it is working with law enforcement agencies to trace the source of the hack, said it would return bitcoins stored offline, or in "cold storage", to users.

Cold storage coins are held in computers not connected to the internet and therefore cannot be hacked.

Flexcoin said on Feb. 25 it was not affected by Mt. Gox's closure. "While the Mt. Gox closure is unfortunate, we at Flexcoin have not lost anything," it had tweeted then.

Bitcoin is a digital currency that, unlike conventional money, is bought and sold on a peer-to-peer network independent of central control. Its value soared last year, and the total worth of bitcoins minted is now about $7 billion.

According to Bitstamp, one of the largest exchanges for trading bitcoins, a bitcoin was valued at about $658 on Wednesday.