Japan tells ships to be more vigilant in Hormuz Strait

Japan's transport ministry has warned Japanese ships travelling through the Strait of Hormuz to be more alert. 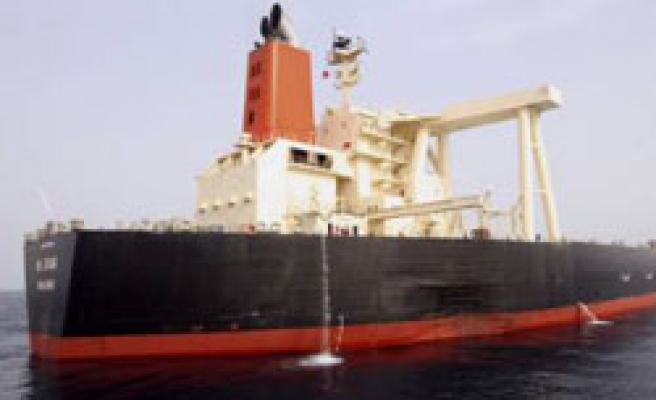 Japan's transport ministry has warned Japanese ships travelling through the Strait of Hormuz to be more alert, after a tanker owned by Mitsui O.S.K. Lines was damaged near the waterway by a suspected explosion last month.

The move comes after the United States this month issued a similar advisory to vessels urging increased caution around Hormuz, while the ship's flag registry said on Wednesday ships should adopt heightened vigilance when transiting the Strait.

"Ships passing through (the Strait of Hormuz) should be sufficiently alert and need to pay attention to moves by small-sized ships especially during transit in the night," the Japanese transport ministry said in a statement on Friday.

The ministry said it issued the advisory to the Japanese Shipowners' Association and Japan Oceangoing Passenger Ship Association, urging them to strengthen security measures.

The M.Star tanker, operated by Mitsui O.S.K. and registered in the Marshall Islands, was damaged last month by a suspected explosion while travelling near the Strait, which is the gateway to the oil-producing Gulf and handles 40 percent of the world's seaborne oil.

Japanese public broadcaster NHK reported this week that the tanker's radar detected a small ship that made suspicious movements near it at the time of the incident, and that the transport ministry believed there was a possibility that ship launched an attack.

The ministry also said in its statement on Friday that the investigation into the incident was ongoing and that the cause of the damage was still unknown.

The tanker is expected to arrive at a Japanese port early next week to unload the oil it is carrying.

Industry sources said the tanker is carrying more than 2 million barrels of Qatar Land and Abu Dhabi Lower Zakum crudes, equivalent to about half of Japan's daily oil needs.

The incident, shortly after midnight on July 28, injured one seaman but caused no oil spill or disruption to shipping in the strategic waterway.