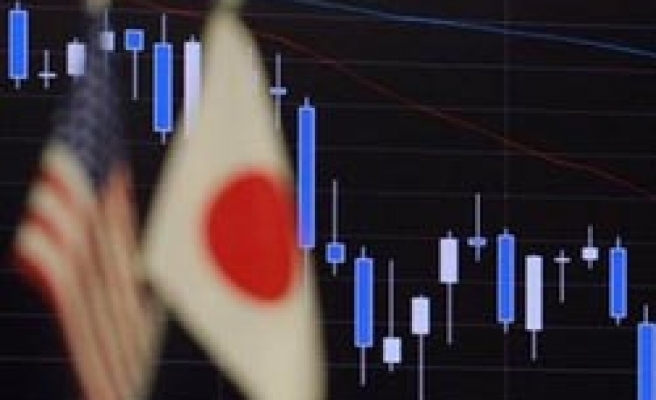 Japan's government will consider further stimulus steps, potentially making it the first developed country to turn to additional fiscal spending since the global crisis, as a strengthening yen threatens its faltering recovery.

But the additional stimulus is expected to be relatively modest and is likely to involve reallocating funds rather than new spending.

The government will start to debate stimulus steps on Friday, Economics Minister Satoshi Arai was quoted as saying by Jiji news agency on Tuesday.

The latest move by the government, which is burdened by the highest debt to gross domestic product ratio among developed countries, could be aimed primarily at inducing the Bank of Japan to ease policy further to stem a further rise in the yen, analysts said.

"Looking at past circumstances, the BOJ may be more willing to move if coordinated action is staged with the government," Takahide Kiuchi, chief economist at Nomura Securities, said in a note to clients.

The Nikkei newspaper said the government's stimulus steps may include extending the year-end deadline on subsidies for household purchases of energy-efficient consumer electronics.

The discussion will probably precede a meeting between Prime Minister Naoto Kan and BOJ Governor Masaaki Shirakawa, which a government source said is expected next Monday.

The small People's New Party, a junior coalition partner of the ruling Democratic Party, will call for an extra 11 trillion yen ($129 billion) to stimulate the economy, Jiji news agency said.

The tiny party has called for massive stimulus in the past but its demands were whittled down considerably, and its clout is likely to be even weaker after the coalition lost its majority in the upper house in an election last month.

Kan and Shirakawa are expected to discuss possible responses to the yen's strength. The source, who declined to be identified due to the sensitivity of the matter, said the meeting may be brought forward to this week, depending on market developments.

The market sees a monetary policy response to the yen's rise as more likely than currency market intervention, which is considered difficult.

But any options are seen to have limited impact.

Late last year, the last time the yen strengthened beyond 85 to the dollar, the BOJ called an emergency meeting and announced a three-month funding scheme.

"Even if the BOJ does not take new initiatives, the Kan-Shirakawa meeting will effectively be a form of verbal intervention to halt the yen's rise," said Junko Nishioka, chief economist at RBS Securities.

Policymakers have tried hard to talk down the yen after it surged to a 15-year high against the dollar last week, adding to their headaches as they grapple with deflation and slowing growth in major export destinations such as the United States and China.

Economics Minister Arai said the yen's rise may not be stopped by verbal intervention alone, Kyodo news agency reported, and the yen remains within sight of its recent peaks.

But Arai was also quoted as saying that some believe the yen's rise may be in its final stage.

Former Japanese currency policy chief Hiroshi Watanabe echoed that view, saying the yen may reverse course soon due to Japan's weak economy. He added that Tokyo did not need to act now against the yen since it was not rising rapidly.