Japan to push for closure of ageing reactors

Two reactors in southwestern Japan have been given initial clearance under the new safety regime to restart but hurdles remain. 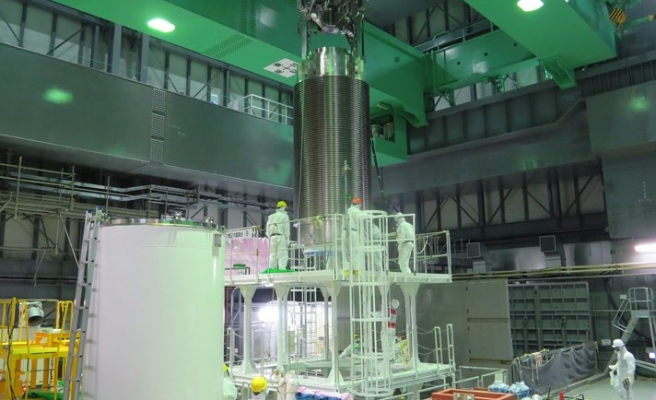 Japan will push nuclear operators to draft plans to scrap a quarter of the country's 48 reactors, which are either too old or too costly to upgrade to meet new standards imposed after the Fukushima disaster, the Nikkei reported on Friday.

The government is betting that by forcing older units considered more vulnerable to disaster to shut down it may gain public support to restart newer units, the Nikkei reported.

All reactors in Japan have been shut down after the 2011 nuclear crisis at Fukushima caused by a major earthquake and tsunami.

Public opinion turned against nuclear power after the disaster, but the governments wants to restart units deemed safe by a new more independent regulator and cut Japan's reliance on expensive imports of fossil fuels.

Kansai Electric Power Co is likely to be the first to bite the bullet and consider scrapping two of its ageing nuclear reactors, the Nikkei reported.

Nuclear safety rules make it tougher to upgrade and run older reactors, and as many as two-thirds of the country's 48 idled nuclear units may not return to operation because of the high costs, local opposition or seismic risks, a Reuters analysis showed earlier this year.

The more stringent safety checks on nuclear facilities adopted in July 2013 limit a reactor's operating life to 40 years in principle. A provision allows for a one-time maximum extension of 20 years if tough inspections are cleared.

Two reactors in southwestern Japan have been given initial clearance under the new safety regime to restart but hurdles remain.

There are 12 reactors that will reach 40-year limit within five years and the government is asking operators to come up with plans for decomissioning older units by the end of the year, the Nikkei reported.

Kansai Electric is considering decommissioning the 340-megawatt No.1 and 500-megawatt No.2 reactors at its Mihama nuclear facility, located in western Japan's Fukui prefecture, the Nikkei reported. A Kansai Electric spokesman said the company is looking into the report.

Both Mihama units are over 40 years old and have relatively small capacity, so restarting them would bring only a limited profit boost and cost several hundred billions of yen for inspections and safety measures, the paper said.

If the company decides to scrap the reactors within the business year that ends in March 2015, it will likely be forced to book up to 30 billion yen ($285 million) in extraordinary losses for the period in impairment charges, the Nikkei added.

Accounting rules were changed in 2013 to allow nuclear operators to book losses from decomissioning costs over several years rather than in a single year.

The company booked steep losses in its three previous business years, after the world's worst nuclear disaster in 25 years led to a gradual shutdown of Japan's nuclear sector.