Although a lot of protests in Japan, the government restart its second nuclear reactor after the Fukushima crisis. 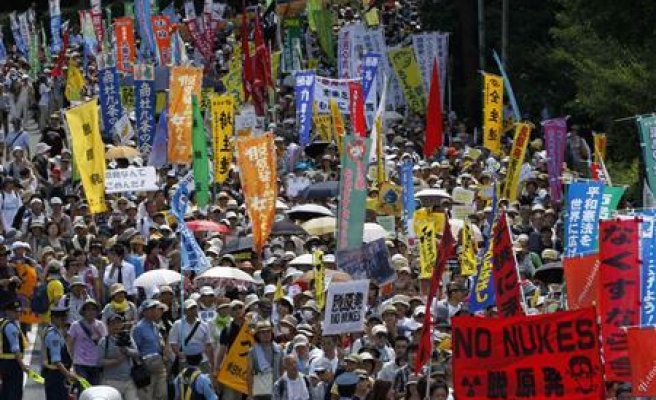 Japan will on Wednesday restart its second nuclear reactor after the Fukushima crisis closed the nation's atomic power plants, even as fresh concerns surfaced about the unit's positioning near a faultline.

The No.3 reactor at the station was reactivated earlier this month, to help avert possible power shortages more than a year after an earthquake and tsunami wrecked the Fukushima Daiichi nuclear power plant, triggering a series of meltdowns.

All 50 reactors operating in the country were subsequently taken off line for maintenance and tests.

The Nuclear and Industrial Safety Agency (NISA) said on Wednesday it would order a reassessment of geological data after seismologists said there were potentially active faults under Ohi and the nearby Shika station, operated by Hokuriku Electric Power Co.

The assessments will not prevent the restart of Ohi reactor No. 4, Jiji news agency reported, citing vice-trade and industry minister Seishu Makino.

The restarts have prompted street protests, with more than 100,000 people pouring through central Tokyo on Monday to denounce atomic energy.

The future of nuclear power poses serious problems for Prime Minister Yoshihiko Noda ahead of an election that could come later this year, threatening to further dent his declining support and fracture his Democratic Party of Japan (DPJ), already divided over a plan to double the sales tax.

One day after Monday's anti-nuclear rally, three members of parliament's upper house left the DPJ, citing opposition to the reactor restarts and the sales tax rise as well the possibility that Japan might join a U.S.-led free trade pact.

Opposition parties already control the upper house, which can block bills. The defections further weaken Noda's hand in talks with rival parties, which are pushing for a snap election.

In response to public criticism, the government on Tuesday said it would ban employees of electric utilities from speaking at public hearings being held around Japan on producing a post-Fukushima energy policy.

A spokesman for Kansai Electric said the company had received no order from NISA, but was ready to carry out a reassessment on Ohi if necessary.

Hokuriku Electric said in a statement on Tuesday that it stood by its findings that the fault line below the 19-year-old Shika reactor was inactive.

NISA said in April it was concerned about an active fault under the Tsuruga nuclear plant not far from Shika and operated by unlisted Japan Atomic Power Co.