"TEPCO, which is an operator of Fukishima, has withdrawn from the project," Yildiz told reporters in Ankara. 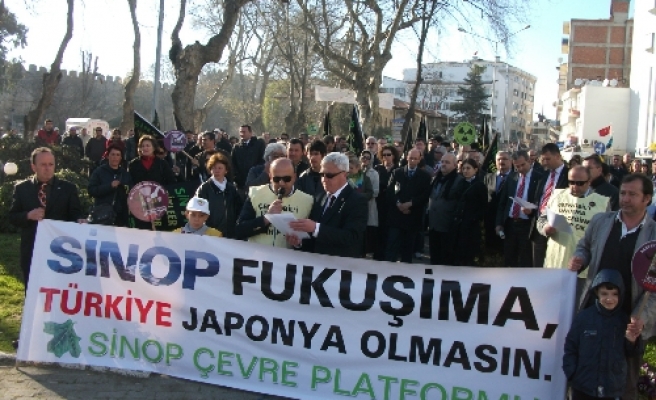 A Japanese company withdrew on Wednesday from a project to construct a nuclear power plant in the north of Turkey.

Yildiz said a Japanese delegation arrived in Turkey at the end of last week, and told Turkish executives about the recent developments in the Fukishima nuclear power plant which was hit by a massive earthquake and tsunami disaster.

"TEPCO, which is an operator of Fukishima, has withdrawn from the project," Yildiz told reporters in Ankara.

Yildiz said Japan's bid consisted of three steps, including construction, finance and operation, however Japanese government had told Turkish executives that it would make a new model offer.

"We have told them that we will assess all flexible cooperation alternatives," Yildiz said.

Yildiz said Turkey would definitely take into consideration the Fukishima disaster and lessons to learn from it, and therefore preferred a more secure model that minimized risks.

The minister said Turkey preferred pressured water reactor technology in another nuclear power plant planned to be constructed in the south of Turkey.

"There is a boiling water system in Japan, and we have told them that we are reviewing this system," he said.

Yildiz said Turkey did not want to lose more time, and therefore would assess Japanese offer.

Turkey has been engaged in talks with Japan since last year to build country's second nuclear power plant in the Black Sea coastal province of Sinop in the north. However, talks were interrupted after the massive earthquake that hit Japan last March.

Turkey plans to build two nuclear power plants in the next decade.

In May 2010, Turkey and Russia signed a deal for construction of Turkey's first nuclear power plant in Akkuyu, a small town on the Mediterranean coast, which is expected to cost about 20 billion USD.

Russian state-owned atomic power company ROSATOM is likely to start building the Akkuyu nuclear power plant in 2013 and the first reactor is planned to generate electricity in 2018.