Airlines, retailers, truckers and restaurant chains are being forced to rethink expansion plans and, in extreme cases, shut up shop because they cannot fill jobs at any wage 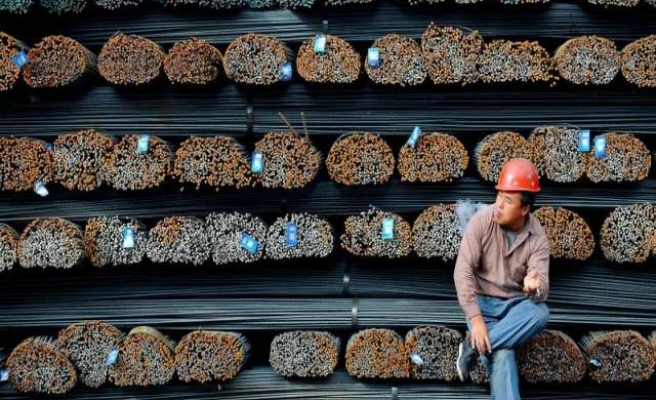 Japan's labour shortage is nearing crisis in some key industries as it spreads from construction to services, curbing companies' operations, pushing up wages and potentially crimping a tentative recovery in the world's third-largest economy.

Airlines, retailers, truckers and restaurant chains are being forced to rethink expansion plans and, in extreme cases, shut up shop because they cannot fill jobs at any wage.

"We wanted to increase the number of flights, but we had to delay that."

Peach's predicament underscores a broader problem facing the world's fastest-aging country. Jolted out of two decades of deflation by Prime Minister Shinzo Abe's reforms, many Japanese companies are struggling to secure workers due to minimal immigration, inflexible hiring laws and a working age population that is expected to shrink by 13 million people by 2030.

The problems facing companies in their bricks-and-mortar expansion come just as doubts arise about the prospect for business investment to drive the recovery. Machinery orders, a key gauge of plans for manufacturers' capital spending suffered a record plunge in May, data showed on Thursday, prompting the government to say the trend of rising orders was stalling.

"There's a high risk of labour shortages causing a growth bottleneck particularly if the labour market remains rigid," said Yasuo Yamamoto, senior economist at Mizuho Research Institute. "More efforts are needed to enhance liquidity in the labour market to shift more workers to growth sectors while increasing the number of workers, including immigrants."

Japan's deepening labour shortage has led it into uncharted territory among its developed nation peers, but is little surprise given its rapidly aging and shrinking population. It has done itself few favours by so far resisting calls to open its doors wider to long-term immigration or dismantle strict employment laws.

A proposal floated among Abe's advisers to increase the number of immigrants to 200,000 a year by 2050 was recently rejected. Instead, in his growth strategy unveiled in June, Abe expanded a foreign trainee scheme which accounts for less than 0.3 percent of Japanese workers. He is also encouraging greater workforce participation by women and the elderly, but critics say these measures will never be enough.

Japanese employers were offering 109 jobs for every 100 job seekers in May, the 18th consecutive rise in the ratio, government data show. Job advertisements were up sharply in manufacturing and services.

Especially hard-hit are low-wage, low-margin firms which sprang to prominence during deflation, from discount furniture outlets like Nitori Holdings Co to restaurant chains like Sukiya which serves cheap bowls of rice and beef.

Zensho Holdings Co, which operates Sukiya, last month apologised to shareholders for temporarily closing some 200 stores as the chain failed to secure workers ahead of spring when many seasonal workers quit.

Japanese-style pub chain Watami Co will close about 60 less-profitable locations, 10 percent of its total, this business year, partly because it can no longer afford enough part-timers.

The labour crunch began in construction where demand for rebuilding after the 2011 earthquake and tsunami has combined with the start of preparations for the 2020 Tokyo summer Olympics. In May, there were eight times as many job offers for highly qualified workers putting together steel construction frames as there were workers.

"The lack of construction workers has pushed up the costs of new stores by 20 to 30 percent over the last year," said Manabu Sasaki, investor relations officer at Komeri Co, a hardware and furniture chain that opened just 30 of its 40 planned stores last business year.

"We are trying to offset the hike in costs by modifying the design and the materials we use to build the stores."

York Benimaru, a supermarket chain controlled by Japan's largest retailer, Seven & I Holdings Co, and discount clothing chain Shimamura Co have been forced to open fewer stores than planned due to the higher construction costs.

Trucking is also feeling the crunch.

Because of a lack of drivers, Taiho Transportation , which operates about 400 trucks in Japan's industrial heartland of Nagoya, had to keep one-tenth of its fleet idle during a spike in demand before April. A transport ministry survey released on Monday found 55 percent of trucking firms experiencing a labour shortage in the first quarter and 60 percent forecasting a squeeze.

"The shortage is so deep and the market so inflexible that whenever there's a busier period the companies can't keep up, causing delays in transport and putting a strain on businesses," said Hiroaki Oshima, analyst at Nittsu Research Institute and Consulting based in Tokyo.

For a few companies, Japan's labour shortage is more dire.

Ten companies failed in the first six months of the year because of the cost of higher wages, up from four during the same period last year, said Tokyo Shoko Research.

The credit research firm predicts such bankruptcies will continue to rise, citing construction, distribution and service industries as the most vulnerable.