The government has been pressing for the restart of reactors that receive safety approval from the NRA to reduce Japan's reliance on expensive imported fuel. 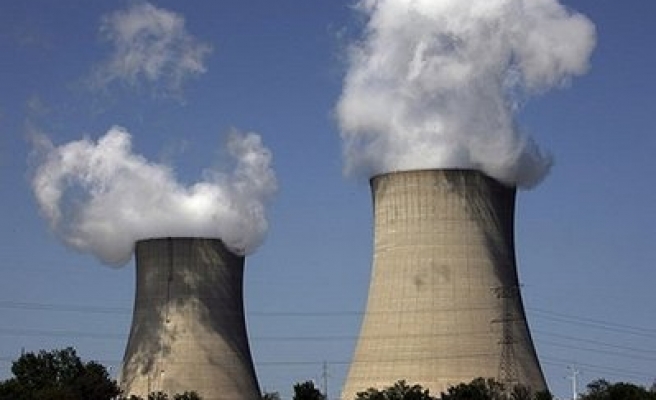 Japan's nuclear regulator gave the go-ahead on Wednesday for the restart of a nuclear power station, the first step to reopening an industry that was mothballed after the Fukushima disaster and which may involve the definitive closure of a dozen old plants.

Japan is nearing the end of its first full year without nuclear power since 1966 and public mistrust of the sector remains high after the 2011 Fukushima disaster, the worst since Chernobyl in 1986.

The government is pressing regulators to make the tough decision on whether to decommission the oldest of the country's 48 reactors, which face higher safety hurdles than the rest. Weeding out reactors that are 40 years old or more may help win public trust in the rest of the industry.

"For myself, I would like to proceed with smooth decommissioning (of some plants) and at the same time the restart of nuclear power stations certified as safe," Yuko Obuchi, the new minister for economy, trade and industry, who oversees the nuclear industry, said last week.

The government has been pressing for the restart of reactors that receive safety approval from the NRA to reduce Japan's reliance on expensive imported fuel.

The push for a reckoning on some plants is "clearly part of the strategy by the government and utilities to send a signal to the people of Japan that they are listening and taking into account the lessons of Fukushima", said prominent nuclear-power critic Arnie Gundersen, director of Fairewinds Energy Education.

"But it also reflects the challenge faced by utilities in finding the funds to bring older reactors to a standard that can pass NRA approval," Gunderson, a veteran U.S. nuclear engineer who turned against nuclear energy for safety reasons, said by email.

Under post-Fukushima rules, reactors are supposed to be decommissioned after 40 years. They can receive a 20-year extension but that is subject to more rigorous and costly safety regulations.

As many as two-thirds of Japan's 48 idled nuclear units may never return to operation because of the high costs, local opposition or seismic risks, while one-third will probably come back online eventually, a Reuters analysis showed this year.

The NRA gave its final safety clearance at a meeting on Wednesday for the Sendai plant after granting the two-reactor power station preliminary approval in July.

While the approval certifies the upgraded design and safety features of the reactors, the units, which have been shut for more than three years, will still have to undergo operational safety checks and be given the green light by local authorities.

The mayor of Satsumasendai, where the Sendai plant is located, and the governor of Kagoshima prefecture are in favour of reopening the plant, but residents remain concerned over evacuation plans. Activists have also said that the regulator has done little to vet volcanic risks near the Sendai plant.

Japanese media have said the restart of the Sendai plant, about 1,000 km (600 miles) southwest of Tokyo, may not come until next year.

Utilities that want to extend the operating life of old reactors must submit detailed safety applications by July 2015, explaining how those facilities could be updated to meet the tough new safety standards.

NRA chief Shunichi Tanaka said it takes time and money to clear the additional hurdles. The capacity of the ageing reactors is typically about half that of newer ones and the massive investment necessary to bring them up to scratch may not make economic sense.

The government may ask the operators of 12 reactors that began operations before 1980 to decide by the end of the year whether to decommission them, media have reported.