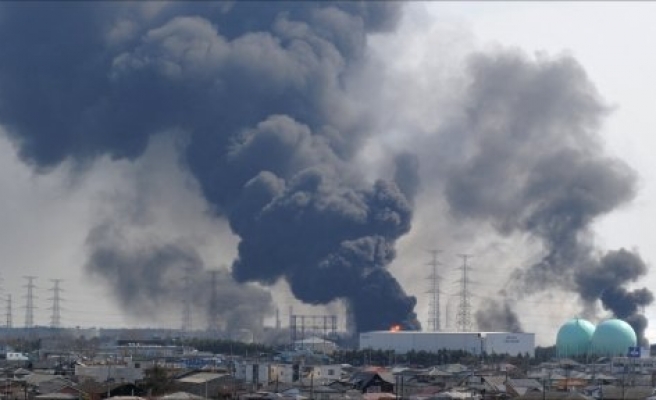 A nuclear plant in southern Japan is to clear an initial safety hurdle on Wednesday, a key step in what is likely to be the gradual restart of an industry idled by the 2011 Fukushima disaster.

As Japan swelters through its first summer without any nuclear power in 40 years, Prime Minister Shinzo Abe's government is keen to start bringing the nation's 48 reactors back online as a prolonged shutdown forces Japan to rely on expensive fossil fuel imports for power.

All of Japan's nuclear reactors have been shut for safety overhauls since the 2011 disaster when a nuclear power plant at Fukushima, on the coast north of Tokyo, was hit by an earthquake and tsunami. It was the worst nuclear accident since Chernobyl in 1986.

The Nuclear Regulation Authority (NRA) will approve the upgraded design and safety features of Kyushu Electric Co's Sendai plant at a Wednesday meeting, the regulator said on Monday.

After this initial approval, the regulator will seek public comment for a month. Further on-site operational checks will be required, followed by the approval of local communities.

Experts largely expect the two-reactor plant, 980 km (600 miles) southwest of Tokyo near the southern tip of Japan's main islands, to come online by the end of the year. The plant was fast-tracked for safety approval by the NRA in March.

The likely Sendai restart will be a key boost to the nuclear industry and to Abe, who - despite widespread public opposition to nuclear power - calls for the restart of reactors deemed safe by regulators. Abe's government reversed the previous administration's plan to eventually mothball all units.

The NRA, an independent nuclear regulator set up after the Fukushima disaster, has been vetting restart applications from regional electric utilities for more than a year. Nine companies have applied to restart 19 reactors.

The blackout of nuclear plants, which supplied about one-third of Japan's electricity before Fukushima, has pushed several utilities to post three straight years of losses and has contributed to a record string of 23 months of trade deficits.

Kyushu Electric was forced to seek a 100 billion yen ($985 million) bailout from the state-backed Development Bank of Japan this year to shore up its battered finances.

Even after the Sendai plant's restart, at most about two-thirds of Japan's 48 reactors will eventually pass the regulator's stringent safety checks and clear the other hurdles needed to restart, a Reuters analysis in April showed.