June US auto sales point to best yr since 2007 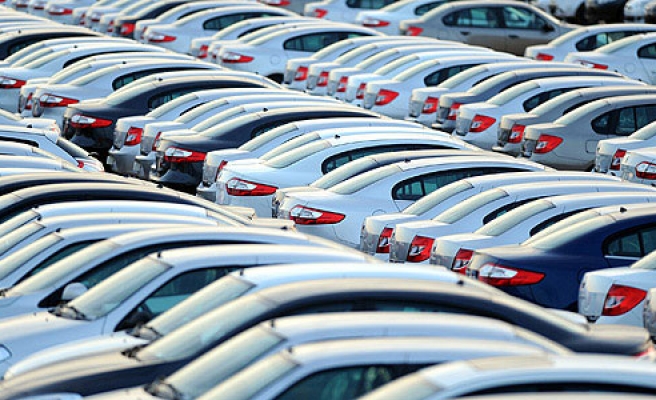 New auto sales in June raced past expectations on lower gas prices and still-generous incentives, and are on track to score their best year since 2007.

The surprisingly strong June in which sales rose 22 percent from a year ago helped ease fears that weaker-than-expected results in May would suggest a slowdown in demand.

Shares of General Motors Co jumped more than 6 percent on Tuesday as the No. 1 U.S. auto maker posted a 16 percent increase in vehicle sales from the previous year and said June was its best performing month since September 2008. Sales by Ford Motor Co, the second-largest U.S. automaker, climbed 7 percent and its shares rose 3 percent.

Of the major automakers reporting U.S. sales on Tuesday, Toyota Motor Corp posted a 60 percent gain, to 177,795, that still fell short of analysts' expectations. The strong rebound by the third-biggest automaker based on U.S. sales followed a low point after the Japanese earthquake and tsunami last year.

Sales of industry No. 4 Chrysler rose 20 percent to 144,811 vehicles, slightly topping analyst expectations. It was the 27th consecutive month that Chrysler sales topped those from the previous year, and its best June sales since 2007.

No. 5 Honda Motor Co fell just short of several analysts' targets, while posting a 49 percent hike in June sales, to 124,808.

Auto sales are an early sign of consumer spending and have been one of the bright spots in the economy for much of the year, although they trailed analysts' expectations in May, when the annual pace was around 13.7 million.

On average, analysts surveyed by Reuters had expected a 13.9 million annualized sales rate in June.

In the first half of 2012, some 7.27 million new cars and trucks were sold in the United States, indicating full-year sales of 14.5 million.

Deteriorating European markets have led industry executives to worry about possible contagion spreading to North America. On Monday, data from the Institute for Supply Management showed manufacturing shrank in June for the first time in nearly three years, a sign of a slowdown in the economic recovery.

Ford U.S. sales chief Ken Czubay said sales markedly gained strength in the last 7 to 10 days of the month. He said those sales will not detract from July's figures.

Ford sales climbed to 207,759 vehicles, according to the automaker, with strong sales of sedans, utility vehicles and pickup trucks.

Hyundai Motor Co and its affiliate Kia Motors Corp had combined U.S. sales of 115,139 vehicles in June, up 10 percent from a year ago. Each brand set company a record for that month.

Bill Fox, owner of four dealerships in upstate New York that sell Chrysler, Toyota, Honda and Subaru brands, as well as GM's Chevrolet, said the sales increase in his area can be linked mainly to aging cars.

"With the recessions of '08, 09 and into '10, people stayed out of the market," said Fox. "Up here, we are Rust Belt - we don't have people with lots of discretionary income buying BMWs up here. People who buy cars are doing so because their old ones wore out.

"Consumers are very much on edge about the economy and their jobs, but they still need a new car when their old one has 150,000 miles on it."