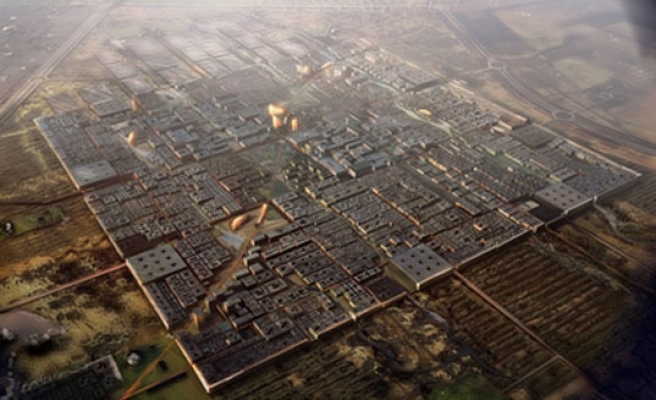 Kazakhstan reached a deal on Sunday with the Asian Development Bank to use ADB funds and expertise and the country's oil wealth to try to develop businesses beyond the energy sector.

The second-largest ex-Soviet oil producer after Russia, Kazakhstan has struggled to develop sustainable businesses beyond the energy sector, which accounts for about a quarter of its economy and about 80 percent of its exports.

"Not only is it the first of its kind in the ADB's history, but we are now working with resources from the country in partnership, as stewards of those resources, to expand our development impact, and that's very innovative," Matthew Westfall, country director for Kazakhstan, told a news briefing.

Kazakh President Nursultan Nazarbayev, a 73-year-old former steelworker who has ruled the country for more than two decades, ordered his government in February to raid the strategic National Fund, which is replenished with windfall oil export revenues, and channel $1 trillion tenge ($5.5 billion) to the economy to help keep growth at 6-7 percent in the coming years.

Nazarbayev is criticised for his crackdowns on independent media and political opponents, but has achieved stability and relative prosperity in his nation which lies in a turbulent region bordering Afghanistan.

On Sunday, he oversaw the signing of the co-financing agreement by ADB President Takehiko Nakao and Kazakh Prime Minister Karim Masimov in the futuristic Kazakh capital Astana.

Under the arrangement, the Manila-based ADB will couple some $1.3 billion of remaining financing to Kazakhstan under its 2016 programme with $5.5 billion of Kazakh oil cash and add its expertise to support development.

The agreement aims to support industrial policy, small and medium-sized enterprises and the banking sector in Kazakhstan, a nation five times the size of France with a population of just 17 million.

"What we understand from our discussions with the government, is that they are very keen to mobilise the resources that they are bringing and co-financing as quickly as possible, and that the time frame ... is 2014-2015," Westfall said.

"So by the end of 2015, I believe they would like to see these resources invested."

A lack of a clear successor to Nazarbayev, is, however, a major concern for investors.

Hosting the ADB's 47th annual meeting, Nazarbayev said GDP had grown 10-fold since independence but he gave no estimate for its current nominal size.

After 20 years of drawing loans, last year Kazakhstan turned into an ADB donor. "We think it (the co-financing agreement) serves as a model," said ADB's Westfall.

"This is a ground-breaking initiative ... which we hope we can replicate in other countries that have a similar economic profile as a higher middle-income country."