The budgetary allocations were received with mixed reactions from a cross section of Kenyans. 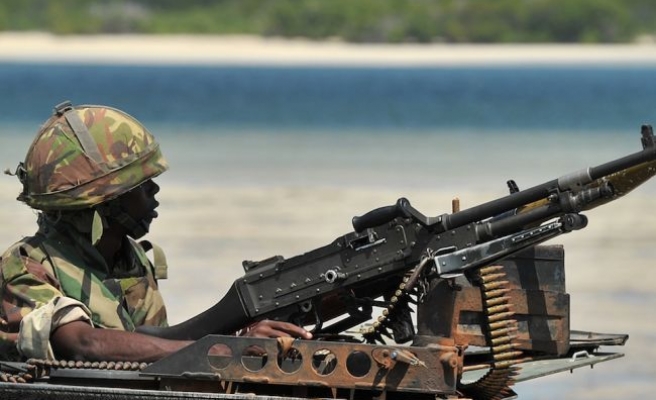 Kenya,  East Africa’s largest economy, on Thursday read a 1.8 trillion shillings (approximately $21.4 billion) budget for the coming fiscal year - the largest ever in the country’s history, in which it allocated around $2.05 billion to boost its security.

Security has featured high in the budget with the government allocating roughly $2.05 billion to boost security across the country, which has recently been hit by a string of attacks blamed on Somali Al-Shabaab militant group.

“Among the key interventions under the security are 6.7 billion for shillings leasing of 2700 motor vehicles and aircraft for security to enhance ground and aerial crime patrol and response," Rotich told parliament.

The recent attacks have led several Western countries to issue travel advisory to their citizens against travelling to Kenya, resulting in a record-low number of tourists visiting the country, and consequently affecting the economy. Tourism is Kenya’s second highest earner of foreign currency.

In a bid to mitigate the impact, the government is investing in domestic tourism.

"We are directly giving at least 300,000 additional Kenyan guests a chance to go for a week’s vacation in our hotels throughout the country at the expense of their employers,” Rotich explained.

Yet, education sector was allocated the highest amount at $3.5 billion to cater for a free primary and secondary education and e–learning in primary schools - one of the governments flagship projects.

A significant amount has also been allocated to infrastructure with $86.9 million going towards roads construction across the nation.

The new financial year is the second under President Uhuru Kenyatta, with the government expecting the economy to grow by 5.8 percent. “We are recovering but not yet out of the woods. We need to create more jobs to grow the economy, and we will modernize our security to ensure Kenyans live peacefully,” Rotich said.

“The days of inflated prices will be a thing of the past. To entrench accountability, a new procurement law will shortly be submitted to the House."

The budgetary allocations were received with mixed reactions from a cross section of Kenyans.

“ My prayer is that the funds allocated towards improving our security will be managed without corruption. Otherwise, this cycle of grenade attacks, bombings and living in fear will remain part of us,” Muturi Joseph, a newspaper vendor in Nairobi, told Anadolu Agency.

Many Kenyans, yet, expressed gladness that the minister made no hints at increases in taxes on basic goods, which means that the prices of essential goods will hopefully not go up.

“I am glad that bread, maize, flour, cigarettes and beer prices have not gone up in the soko (market). This was a mwananchi (ordinary citizen) budget,” Catherine Wambui, a Nairobi resident, told AA.

Economy analyst Sam Okello of PriceWaterCooper said that the new budget did not see any surprises. “I do not see anything transformational in this year’s budget...But the government has tried to ease the cost of investing in Kenya, which is a plus for the country,” he told AA.

For his part, Zahra Mahfudh, an educationist, hoped the funds allocated for education would be used to hire more teachers.

“The ratio of teacher to pupil is still [unbalanced]. What we need is more teachers to cater for the [increased] number of pupils, which came as a result of the free primary education,” Mahfudh said.