Kudrin: Russia will struggle to help firms under sanctions

Kudrin said he expected the Russian economy to stagnate this year or weaken further, and that growth would be negative in 2015, well below government forecasts for 0.5 percent in 2014 and 1 percent next year. 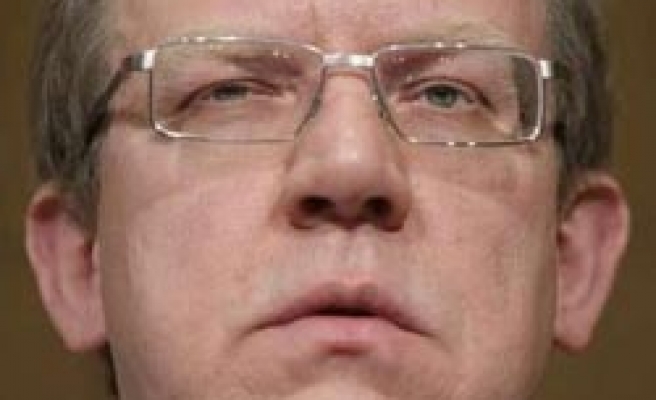 The Russian government will offer the economy the kind of investment it needs because of its large state social spending commitments, former finance minister Alexei Kudrin said on Tuesday.

A strong advocate of liberal reforms and fiscal prudence, Kudrin has become almost the lone voice among the Russian elite to criticise government policy in dealing with the fallout from the Ukraine crisis.

At a foreign business conference, Kudrin said he expected the Russian economy to stagnate this year or weaken further, and that growth would be negative in 2015, well below government forecasts for 0.5 percent in 2014 and 1 percent next year.

With the economy slowing and social spending increasing, the government cannot invest in the economy at the levels it requires to weather Western sanctions, he said.

Several state and private companies have suggested they would need to turn to the government for funds to weather Western sanctions. Russian state oil producer Rosneft has asked for $40 billion.

Kudrin also said he welcomed the government's plan to turn eastwards for investment and demand but that it would take 20 years for those new trade relations to develop fully.

He said for as long as there was fighting in eastern Ukraine, Russia would face a tough investment climate.

His words are at odds with government officials, who while criticising Western sanctions, are painting the situation as an opportunity for Russia to develop its home-grown industry and cultivate its ties with its neighbours to the East.

"When it comes to sanctions we consider them meaningless, counterproductive ... measures that do not solve political problems."