Malta has been announced as the destination for the second Kurdish oil ship loaded with 1 million barrels of crude. 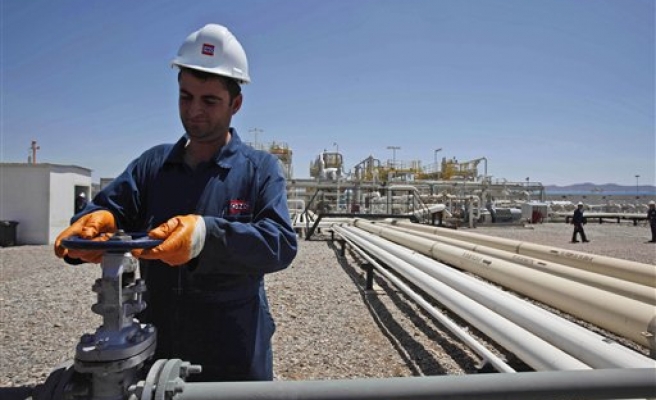 Russian oil firm Rosneft bought a cargo of Kurdish oil for a German refinery it co-owns with oil major BP, quietly circumventing Baghdad's ban on independent oil sales by its autonomous region, according to trading sources.

While Iraq and Kurdistan will have to work together to combat a militant group that this week seized Iraq's second city Mosul, near the Kurdish border, they have been locked in a bitter oil dispute for the past two years, with Baghdad saying only its state company is authorised to sell crude.

The militants from the Islamic State in Iraq and the Levant (ISIL) were closing in on Iraq's largest oil refiner on Wednesday.

Baghdad has already blacklisted Austrian firm OMV, so far the only regular buyer of Kurdish crude in Europe. It has threatened measures including revising contracts to develop large Iraqi oil fields as a deterrent to others.

Rosneft and BP buy crude oil via separate trading divisions for their German refining venture, Ruhr Oel, although BP is the main operator of the venture. Both companies declined to comment on the Kurdish crude purchase.

Rosneft, controlled by the Russian government, has no major projects in Iraq, while BP is among the biggest investors and is leading the project to develop the huge Rumaila field.

Outside Europe, Israel and the United States have also been frequent lifters of Kurdish oil.

The dispute escalated at the end of May when Kurdistan started selling oil out of its newly built pipeline to Turkey. Kurdish oil was previously trucked to two Turkish ports, but the pipeline would increase exports sharply.

Baghdad has so far successfully fought off the first attempt to sell pipeline crude, with a loaded tanker, the United Leadership, being forced twice to change course abruptly without being able to discharge its cargo.

But market sources told Reuters that another tanker with Kurdish oil had quietly been sold into Europe, ending up with Ruhr Oel.

The Minerva Antonia cargo loaded around 41,000 tonnes of Kurdish light grade Taq Taq, which had been trucked from Kurdistan to the Turkish port of Mersin on the Mediterranean.

The cargo - around $30 million worth of oil - then sailed to the Italian port of Trieste on May 8, according to Reuters AIS Live ship tracking and two shipping sources.

The oil was then pumped through the Trans-Alpine Pipeline for Ruhr Oel's refining facilities into Germany, several industry sources with direct knowledge of the matter said.

Because BP is the operator of the refining venture, its German arm, Deutsche BP, featured as the technical receiver of the oil, according to two shipping lists from local agents seen by Reuters and one source with direct knowledge of the matter.

Rosneft, which bought the crude, according to market sources, has no obligation to coordinate crude purchases with BP, though the development could still put the British major in an uncomfortable position.

Meanwhile, loaded with 1 million barrels of Kurdish oil the first ship headed towards US bay but changed course and went to Muhamadiya port in Morocco. Rabat officials ordered the ship to leave the port in fear of legal actions by Baghdad which is against the Kurdish region’s oil export and called it “smuggling.” The ship is reported to be in international waters between Rabat and Muhamadiya port.