Kurdish oil heads to Asia, in talks with China 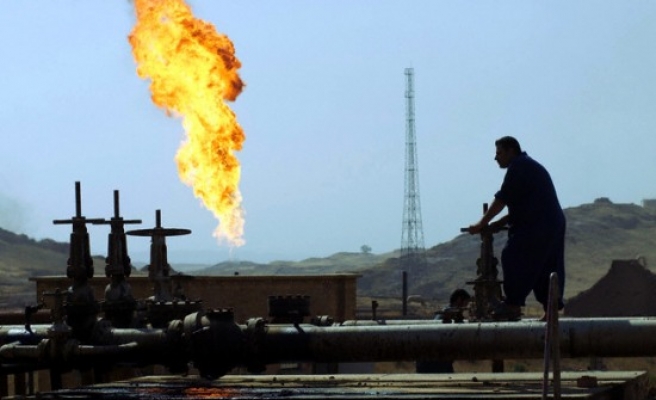 At least 3 million barrels of Iraqi Kurdish oil are on ships heading to Asia, with trade sources naming China as a possible destination as the autonomous region expands efforts to establish independent oil sales in defiance of Baghdad.

Two sources with knowledge of the matter said Iraqi Kurdistan was in talks to potentially supply China with 4 million barrels of oil.

Reuters was unable to identify the Chinese parties involved in the talks, which the sources declined to name, and it was not clear if the cargoes currently on the water were part of the discussions.

A deal could place Beijing on a collision course with Baghdad, one of its major crude oil suppliers, which has tried to block the Kurdish sales that it says are illegal. The Kurdistan Regional Government (KRG) argues they are allowed under the Iraqi constitution.

"The Kurds are in the process of negotiations with the Chinese," said one of the sources, who asked not to be identified due to the sensitivity of the matter.

"China is buying up multiple origins of oil. So, there is not an issue from that side," the source added. "It will come down to price."

Since May, Iraqi Kurdistan has shipped over 11 million barrels of crude from the Turkish port of Ceyhan. The Kurdish sales have been shrouded in mystery, and the KRG has declined to say who is helping it arrange the deals. Trading sources said they may have to discount the oil to attract buyers in a well-supplied market.

According to a Reuters analysis of tanker tracking data, at least three Kurdish cargoes of 1 million barrels each have sailed from Ceyhan towards Asia in the past month, including one that was transferred to a supertanker near the Strait of Singapore on Monday.

Prior to the latest shipments only one 1 million barrel cargo had gone to Asia, but the KRG may be seeking a new major buyer after an attempt to sell crude into the United States this summer became embroiled in a legal tangle.

China's giant state-backed energy firms, including China National Petroleum Corporation (CNPC) and PetroChina, together work on over a fifth of the Baghdad-run oil projects. But Beijing also has stakes in Iraqi Kurdistan's oil production through Sinopec's 2009 acquisition of Addax Petroleum .

Establishing a buyer as large as China could provide reassurance to other countries and companies who would like to buy oil from the Kurds but fear the ramifications of crossing Baghdad, which has repeatedly threatened legal action.

"KRG crude, priced at a significant discount, is finding its way across the world to many destinations despite the reluctance of big trading houses due to backlash from (Iraqi state oil marketer) SOMO," said another source involved with the talks, who also declined to be identified.

"As one of the world's biggest crude buyers, China is no exception. I believe that a deal is imminent for Chinese refineries to purchase KRG crude."

The Ultimate Freedom suezmax tanker, carrying 1 million barrels of Kurdish oil from Ceyhan, this week carried out a ship-to-ship transfer of its cargo to the Northern Star, a Very Large Crude Carrier that can hold 2 million barrels of oil. The vessels were just outside the Singapore Strait in Malaysian waters.

An official at the Malaysian Port of Tanjung Pelepas (PTP) and the ship's captain confirmed a transfer between the two vessels took place.

The Singapore-based head of shipping at Nathalin Offshore Company Ltd, which manages the Northern Star, denied its ship was involved in a ship-to-ship transfer.

Two more Kurdish tankers, the United Dynamic and United Emblem, have sailed through the Suez Canal in the past week and are listed as heading to Asia 'for orders'.

More tankers have loaded at Ceyhan this week, while a number of deliveries in the eastern Mediterranean appear to have been made since the start of this month.

A number of cargoes have gone to Israel, sources have said. MOL Group, which has assets in Iraqi Kurdistan, has also bought at least one cargo for its Croatian refinery, industry sources say.

"Baghdad has been very clear and has taken action to block other KRG sales," said Richard Mallinson, a geopolitical analyst at London-based consultancy Energy Aspects.

"But China is a major buyer of (southern Iraqi) Basrah crude, so how willing and able will Baghdad be to respond in the same way?"