Kuwait has no intention of stopping BlackBerry services for the time being, the communications minister said on Sunday. 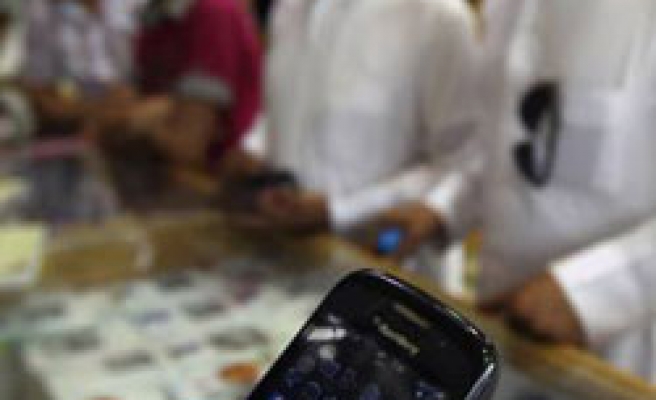 Kuwait has no intention of stopping BlackBerry services for the time being but is talking to the device's manufacturer about moral and security concerns, the communications minister said on Sunday.

"As of right now, we in Kuwait have no intention to stop the BlackBerry services ... but at the same time we are following up on direct and indirect negotiations with the company and with fellow Gulf states," Mohammad al-Busairi told reporters.

The minister, who is also the government spokesman, said Kuwait has moral and security concerns about the use of BlackBerry, but did not elaborate. He confirmed a report it had asked the maker, Research In Motion (RIM) to block pornographic sites.

He said RIM has asked Kuwait for four months to deal with its request to block pornographic sites.

"We sense cooperation from the company," he said.

Larger neighbour Saudi Arabia is testing a proposed fix to what it considers a national security threat posed by the smartphone. Its government had threatened to cut off the BlackBerry Messenger function to users on Friday, but so far has allowed the service to continue.

Fellow Gulf state the United Arab Emirates has proposed a ban starting October 11 targeting BlackBerry Messenger as well as email and Web browsing on the device.

The Canadian manufacturer has come under scrutiny from other countries as well, including India, Lebanon and Algeria, regarding access to the company's encrypted network which governments say is important for monitoring possible threats to national security.