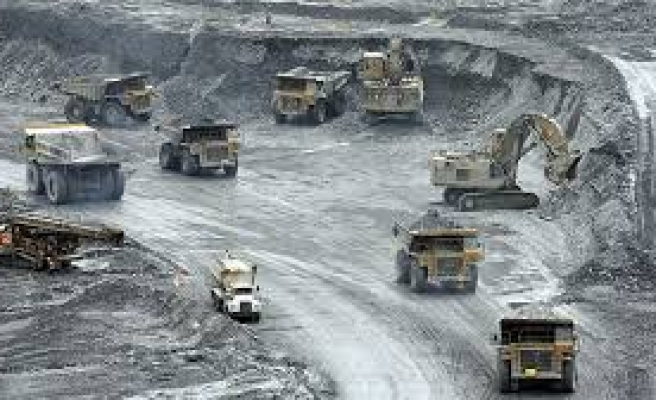 Kyrgyzstan's President Almazbek Atambayev on Wednesday spurned opposition calls to nationalise the country's flagship venture with Centerra Gold, saying his opponents were using the dispute with the Canadian investor to grab power.

The Kumtor mine is Kyrgyzstan's major foreign exchange earner and accounted for 12 percent of 2011 gross domestic product in the impoverished nation of 5.5 million which has seen two presidents deposed by popular revolts since 2005.

Persistent violent riots over ownership of the mine flared up again this week, and Atambayev's government has passed its deadline to renegotiate or cancel its agreements with Centerra, signed in 2009 under President Kurmanbek Bakiyev, who fled after an uprising in April 2010.

Last month Atambayev's government and Centerra Gold signed a memorandum of understanding, which paves the way for Kyrgyzstan to swap its 32.7 percent stake for a 50 percent interest in a joint venture that would own Kumtor, Centerra's core asset.

The draft deal was met with opposition demands to either boost Kyrgyzstan's share to at least two thirds, nationalise Kumtor or pass a no-confidence vote in the government.

"Certainly, I would not want nationalisation. It is fraught with many risks," Atambayev told journalists. "One shouldn't use blackmail and threats of resignation to force the government to make a wrong decision."

Presidential powers are limited compared with those in the four other Central Asian countries, which are ruled by authoritarian leaders and whose parliaments rubber stamp laws.

Maksat Sabirov, a Respublika faction deputy, said he would vote to cancel the 2009 deal. "These agreements were wrong, tainted with corruption. Two presidents have been deposed due to this reason - corruption. We have still 500 tonnes of gold left (at Kumtor), and we will tear up the past agreements."

While acknowledging lawmakers' authority, Atambayev said: "The deputies must hold a roll-call vote, because if they take a wrong decision and the country is hit by financial crisis, if wages and pensions are delayed, somebody must be held responsible."

He lambasted the nationalist opposition - in minority in the parliament but still able to galvanise nationwide protests - as "the paid scum trying to reverse our political mainstream and craving power".

"Why do they seek the government's resignation? Their goal is again to disrupt the government and cause chaos in the country," he said. "Democracy does not mean mob rule."

On Monday, police clashed with hundreds of locals in the administrative centre of the northern Issyk Kul region, where Kumtor is, after protesters took the governor hostage and threatened to burn him alive in a car doused in petrol.

On Tuesday, police pushed protesters in the same region away from a motorway which they had blocked.

The riots have more than once shown the weakness of central government in the mainly Muslim country, which lies on a drug trafficking route out of Afghanistan and where powerful local clans often have more authority than the president.

In May, Atambayev imposed a state of emergency on a district in Issyk Kul after protesters blocked a road to Kumtor and cut off electricity supplies, temporarily halting production.

He pledged on Wednesday to use tough methods to crack down on any new protests: "You must use weapons when a man is taken hostage and threatened with death. This is not a joke."

A spokesman for Kumtor Operating Company said it was business as usual there. He declined further comment.