It would be the first time that Libya has stopped exporting oil since the 2011 civil war. 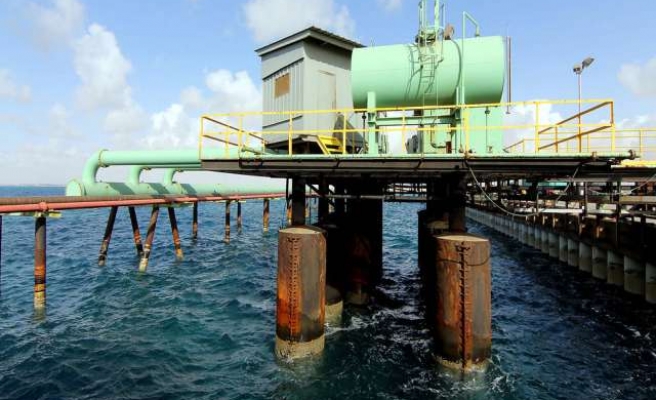 Libya's crude exports could fall to zero in days as the state oil company could be forced to divert the only remaining exports to the Zawiya refinery, which provides crucial gasoline to the country's capital.

Crude from two offshore fields may be used to supply the 120,000 barrel per day refinery unless oil production from Brega in the east improves within two days, a spokesman for National Oil Corp (NOC) said on Wednesday.

The move to use offshore oil, if confirmed, would hit one of the last oil export sources for a government struggling with a wave of protests at oilfields and ports that began last summer.

It would be the first time that Libya has stopped exporting oil since the 2011 civil war.

The Al Jurf and Bouri offshore fields, producing around 80,000 bpd, have been unaffected so far by 10 months of nationwide oil protests.

As for the rest of the country, protesters are still blocking either the export terminals or the oilfields themselves in order to prevent any other exports.

The small Wafa field is still producing some condensate, a very light oil, though it was unclear if the output would be exported, regional traders said.

A group of federalists, led by civil war veteran Ibrahim al-Jathran, allowed two of the four eastern ports they were blocking since end-July 2013 to reopen after an initial government deal in April.

But oil guards blocked one of them again last week. They have prevented two tankers from loading at Hariga over unpaid salaries, though oil officials said these have now been transferred.

The other reopened port of Zueitina ran out of crude in May after storage was emptied by eager buyers while production at the connecting oilfields has not yet resumed.

The 120,000 barrel per day Zawiya refinery depends on oil from the major western El Sharara oilfield, which has been shut down since March.

Crude coming from the eastern Brega port was being used as an alternative feedstock but production has been fluctuating below its 80,000 bpd capacity and was only just over 10,000 bpd last week.

This has forced NOC to draw up a new back-up plan as gasoline pumps in the capital Tripoli rely heavily on Zawiya's output.

On a brighter note, negotiations with the eastern protesters could improve after Tripoli appointed a new head of the Petroleum Facilities Guard, fulfilling part of a deal with Jathran's rebel group.