Libyan oil could return to full capacity in days

Libya's crude oil output has risen to near 700,000 bpd since the western fields reopened last month. 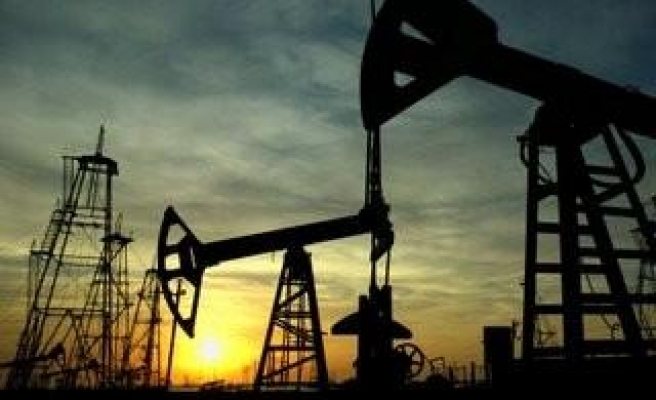 Libya's oil exports could return to full capacity in days once strikes in the restive east end, its oil minister said on Wednesday

But demands for more local power from some protesters are tied to the political transition and may take time to resolve, Abdelbari Arusi added.

To keep international oil companies on board through the turmoil, Arusi said Libya was already working on improving terms for existing investors and easing terms in new license rounds.

"We're expecting to solve this issue any time and by solving this issue we can have oil production back to 1.6 million barrels per day," he told a conference. "Our problem in Libya now is a political problem, not a technical problem."

A mix of striking workers, militias and political activists have blocked Libya's oilfields and ports for more than two months resulting, according to Arusi, in over $5 billion of lost revenues for the OPEC member whose budget relies on oil exports.

Libya took its first steps towards resuming output from the west in mid-September after reaching a deal with locals.

Arusi said a parliamentary committee was negotiating with groups in the east and only a small number of protesters were still holding out. Because it is the ports not the fields that are blocked in the east, he added, production could return to capacity in three to four days once disputes are settled.

Talks to reopen the major oil export terminals of Es Sider and Ras Lanuf in the east have taken time because while some protesters are simply demanding better benefits, more local investment and more jobs, others have linked their demands to political wrangling over the future shape of Libya.

Protesters in the east want a federal Libya with greater powers and the headquarters of the National Oil Company (NOC) transferred to Benghazi, the capital of the east and birthplace of the 2011 revolution that removed Muammar Gaddafi from power.

Parliament is due to write a new constitution for the new Libya but different groups are pushing their own agendas. The government lacks the military means to crush armed protesters and in any case, Arusi said it was reluctant to use force as it sought to build a new democracy.

"Some in Ajdabiya, Brega and Ras Lanuf are asking to form a federal system and if you like that then you have to put it in the constitution," Arusi said. "We are working on the constitution."

Growing instability since 2011 coupled with disruptions and, in some cases, disappointing finds have prompted some majors including ExxonMobil and Royal Dutch Shell to freeze activities and smaller firms like Marathon are selling.

Arusi said Libya was reviewing the terms for existing foreign investors in its energy sector as well as drawing up more attractive terms for its next licensing round, which he said should be launched in the first half of next year.

A new petroleum law would also be ready next year, he added.

Arusi said there were "positive signs" that the port of Hariga in the far east would re-open soon and oil officials have said there had been progress in talks with local councils there.

In a sign that disruptions could pop up in different parts of the country, however, protesters in the west have shut a gas pumping station supplying a facility jointly run with Italy's ENI and reducing exports toItaly.

Import flows into Italy on Tuesday were around 8.8 million cubic metres compared to shipper requests for 12.7 mcm, according to data from gas grid operator Snam.

Arusi confirmed that gas flows from the Wafa field, the largest gas field in western Libya that feeds the Mellitah complex south of Tripoli, had been shut for two days and exports to Italy had been halved.

"We have substituted gas from the offshore field of Bahr al-Salam and reduced our gas to Italy to compensate what we lost from the Wafa field," he said, adding that the priority was to ensure enough domestic gas supplies before exporting.

He expected gas supplies to be restored "today or tomorrow."