No new production deals have been agreed between Libya's interim oil ministry and foreign oil companies and none will be signed until a government is elected, Tarhouni said. 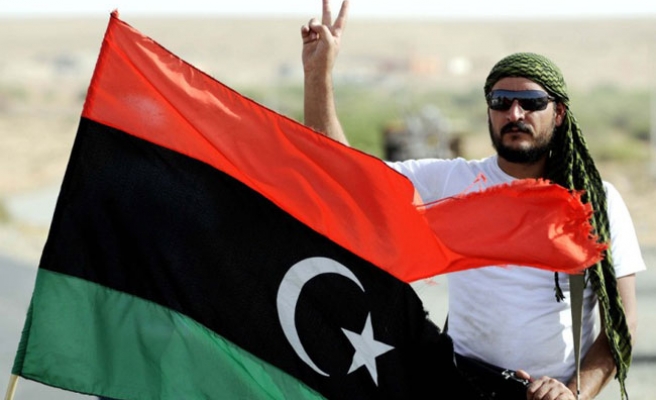 Libya's interim oil and finance minister Ali Tarhouni said on Saturday that oil production will resume in three to four days and that output will reach pre-war levels within a year.

Oil production in the North African country has been at a virtual standstill for months as the war that ousted Muammar Gaddafi raged near coastal terminals, causing damage to facilities and scaring foreign workers away.

"On Tuesday or Wednesday we will start at Sarir and Mesla(oilfields)," Tarhouni told reporters at the Brega export terminal. "We also will produce gas and oil, not simultaneously, from Sharara and Wafa. We are looking at a difference of days."

The site has been mined by pro-Gaddafi forces and struck by NATO bombs during the six-month conflict.

Still, Tarhouni estimated that the damage only affects 10-15 percent of oil infrastructure in the OPEC member country.

The eastern fields of Sarir and Mesla have been in territory controlled by the interim government for months and a core group of staff are on site, according to operator the Arabian Gulf Oil Company (Agoco). The Sharara and Wafa fields are located in the west.

Before the war, Libya pumped 1.6 million barrels per day. The ruling National Transitional Council (NTC) is keen to restart fields quickly to halt surging fuel import costs and to earn revenues from the country's main resource.

Tarhouni said the biggest challenge to getting the oil industry up and running will be security, adding that there was still a risk of militia attacks on oilfields like those in the Sirte Basin.

Asked if there was still a risk of sabotage, he said: "There is. Only two weeks ago I would have told you it was a lot higher. The risk of sabotage is an ongoing process."

Foreign oil companies have yet to send staff to Libya in large numbers due largely to concerns about security, although top executives from Eni and Repsol have made short trips to the eastern city of Benghazi.

Tarhouni was firm about not allowing foreign security into the country.

An oil official in the NTC told Reuters that the country was planning to create a force of 5,000 workers to secure oil and gas infrastructure.

No new production deals have been agreed between Libya's interim oil ministry and foreign oil companies and none will be signed until a government is elected, Tarhouni said, meaning that future projects could be frozen for up to 18 months from whenever the NTC finally declares Libya is "liberated".

The conditions for this are unclear but are likely to depend on the seizure of disputed towns such as Sirte, Bani Walid and Sabha and on the capture or killing of deposed leader Muammar Gaddafi.