The Libyan Iron and Steel company said that it would operate with a limited capacity to meet its dues and make payroll, which amounts to 200 million dinars (roughly $148 million) annually. 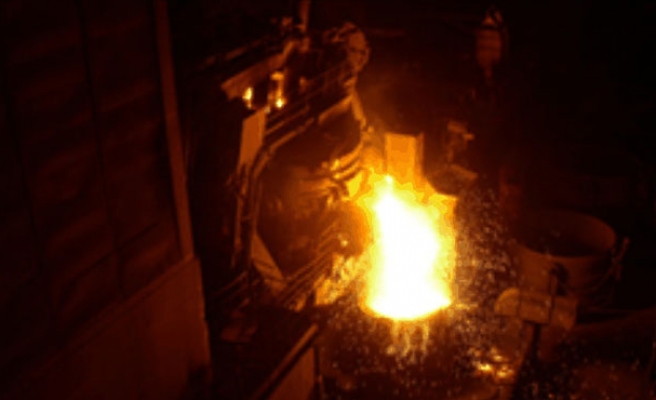 A Libyan state-run steel factory on Saturday said that it will suspend operations for 15 days due to market recession.

Employing some 7,000 workers, the Libyan Iron and Steel company said that it would operate with a limited capacity to meet its dues and make payroll, which amounts to 200 million dinars (roughly $148 million) annually.

Company Chairman Mohamed al-Faqih earlier told The Anadolu Agency the company had reduced its production capacity by 33 percent as of 2015 due to a shortage in natural gas supplies coming from the coastal city of Sirte.

Al-Faqih also noted that the company has not turned profit in three years due natural gas shortages, as 90 million cubic feet are needed to operate in full capacity.

Company spokesman Mohamed al-Khamariah said that the company reduced "power consumption by 250 Megawatts and halted its consumption of natural gas, which will be rerouted to power stations that would boost their electrical generation capacity by 500 Megawatts."

Libya is facing difficulties in keeping the electrical grid fully functional due to fuel shortages and deteriorating political conditions.

Major oil facilities affiliated with the ports also halted operations, while the NOC ordered operating companies to evacuate their personnel.

In the four years since the ouster and subsequent death of the late Libyan ruler Muammar Qaddafi, rival militias have often locked horns, frequently bringing violence to Libya's main cities, especially capital Tripoli and the eastern city of Benghazi.

Two assemblies currently vie for legislative authority: the House of Representatives, which convenes in the eastern city of Tobruk; and the General National Congress, which – even though its mandate ended in August – continues to convene in Tripoli.