Libyan leader Muammar Gaddafi arrived in Rome on Sunday for a two-day visit with Tripoli's growing influence in the Italian economy. 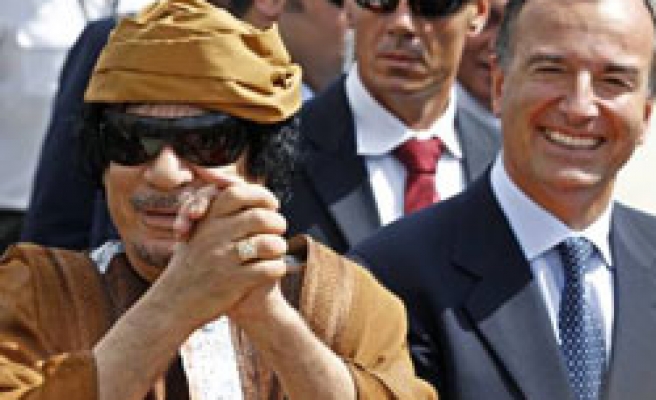 Libyan leader Muammar Gaddafi arrived in Rome on Sunday for a two-day visit with Tripoli's growing influence in the Italian economy.

Media reports have focused on the tent in which Gaddafi sleeps on foreign visits as well as the 30 horses he is bringing to take part in an equestrian show on Monday, when he will meet Italian Prime Minister Silvio Berlusconi.

The Libyans' record as investors has had support from business leaders including the chairman of Assicurazioni Generali SpA, Cesare Geronzi and the head of Banca Popolare di Milano, Massimo Ponzellini.

Sunday's visit to Italy is Gaddafi's fourth since a 2008 agreement under which Berlusconi agreed to pay $5 billion in reparations for damage inflicted during Italy's colonial rule over Libya in the early part of the 20th century.

Economic ties between the two countries have developed strongly, and Italy, now Libya's biggest trade partner, buys much of its oil and natural gas from the energy-rich North African state.

As well as its shareholding in UniCredit, Libya owns a stake in oil company Eni and has expressed interest in many more, including power company Enel.